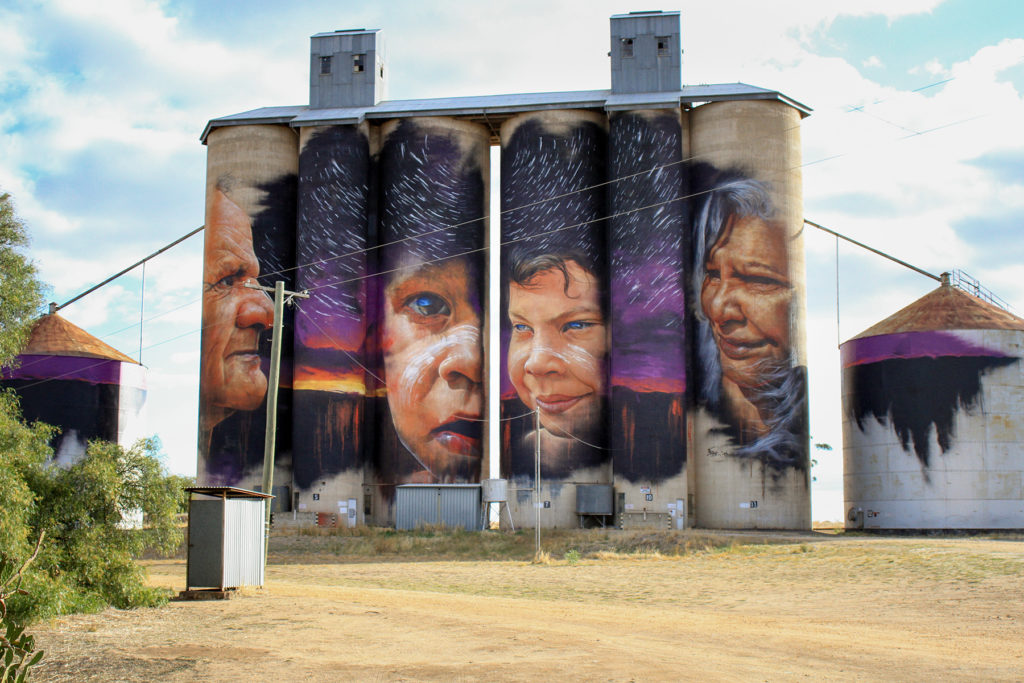 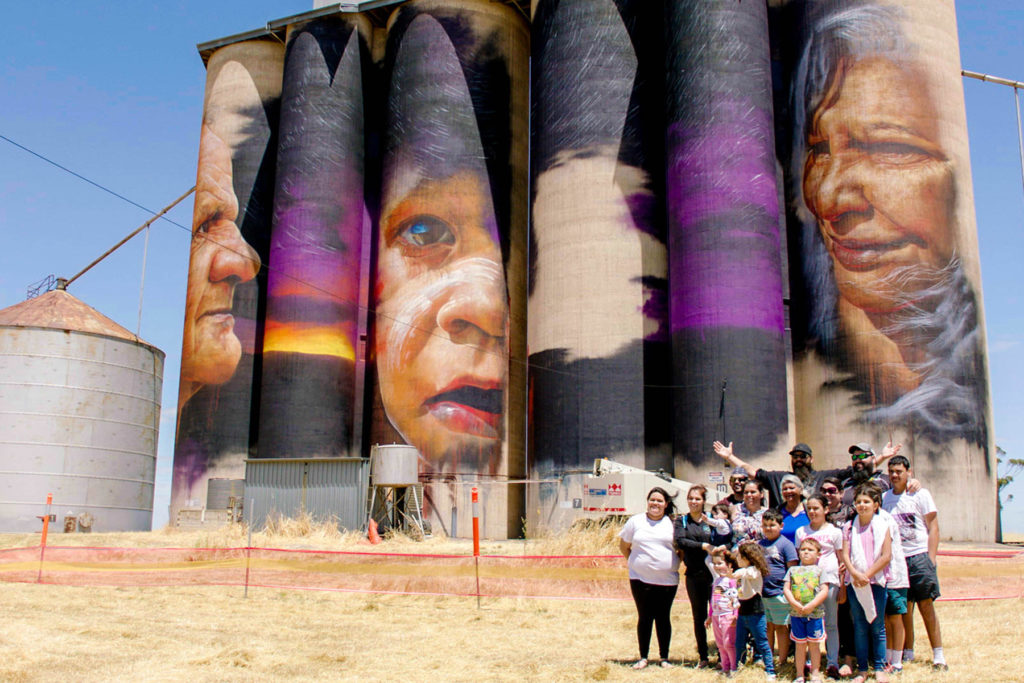 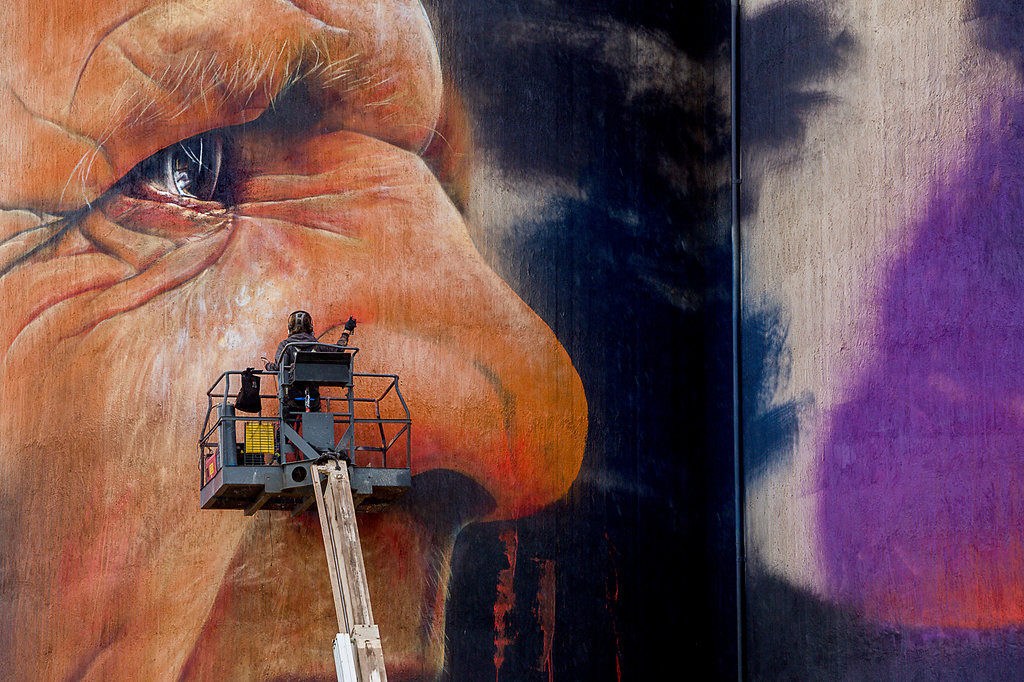 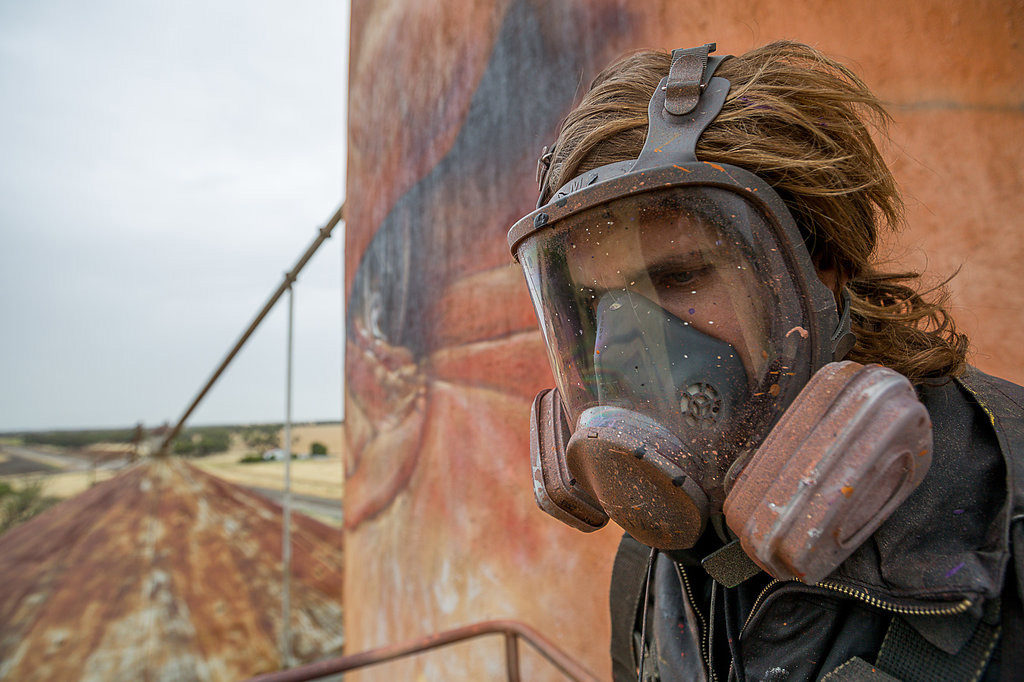 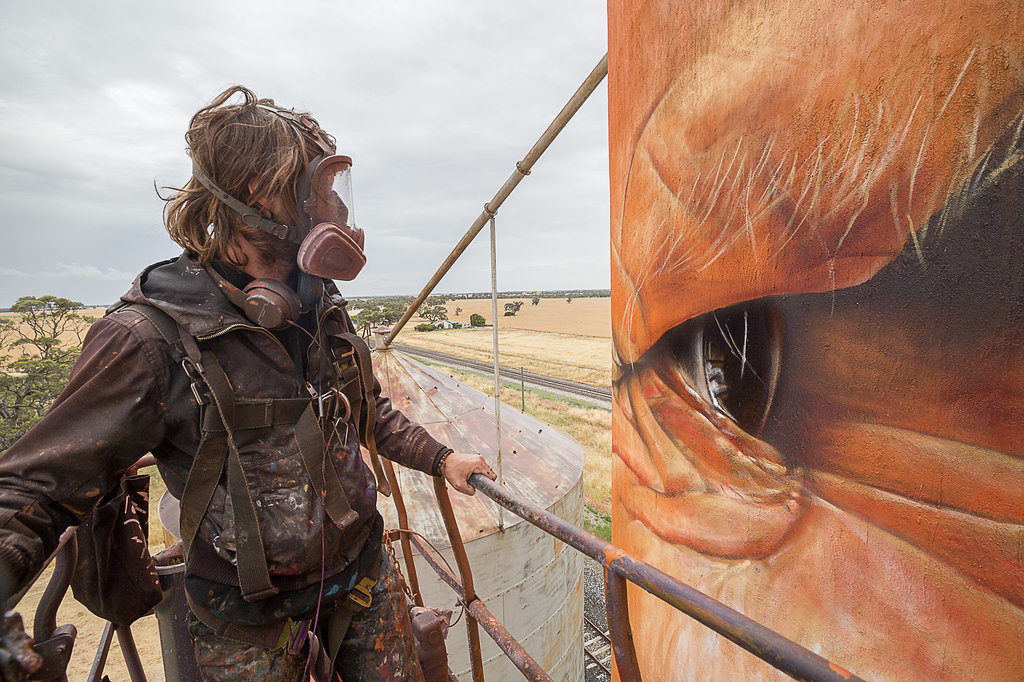 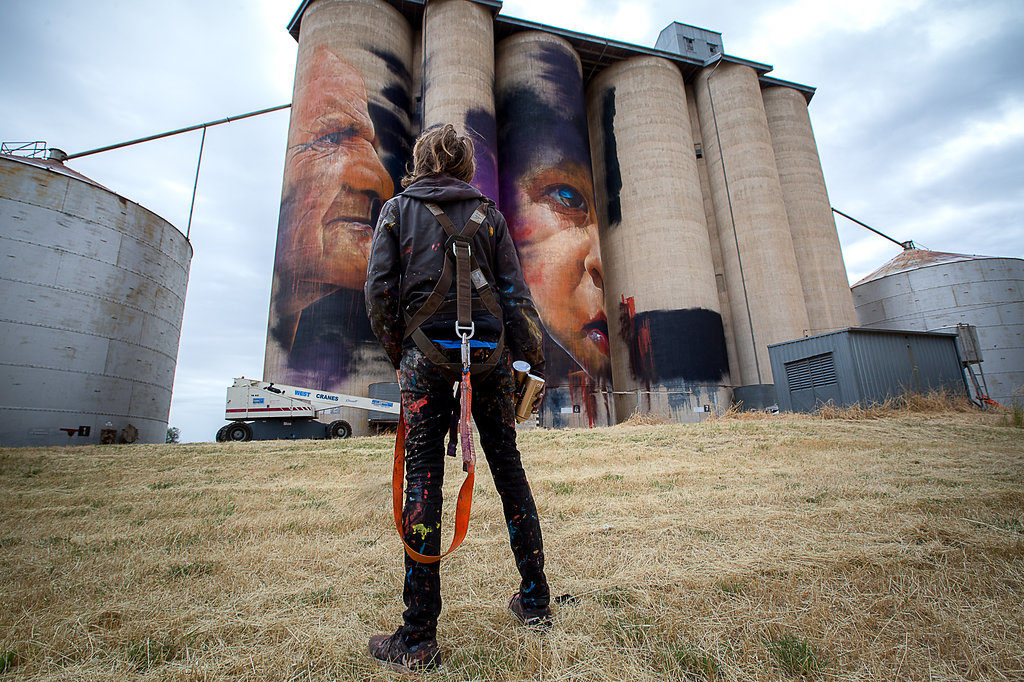 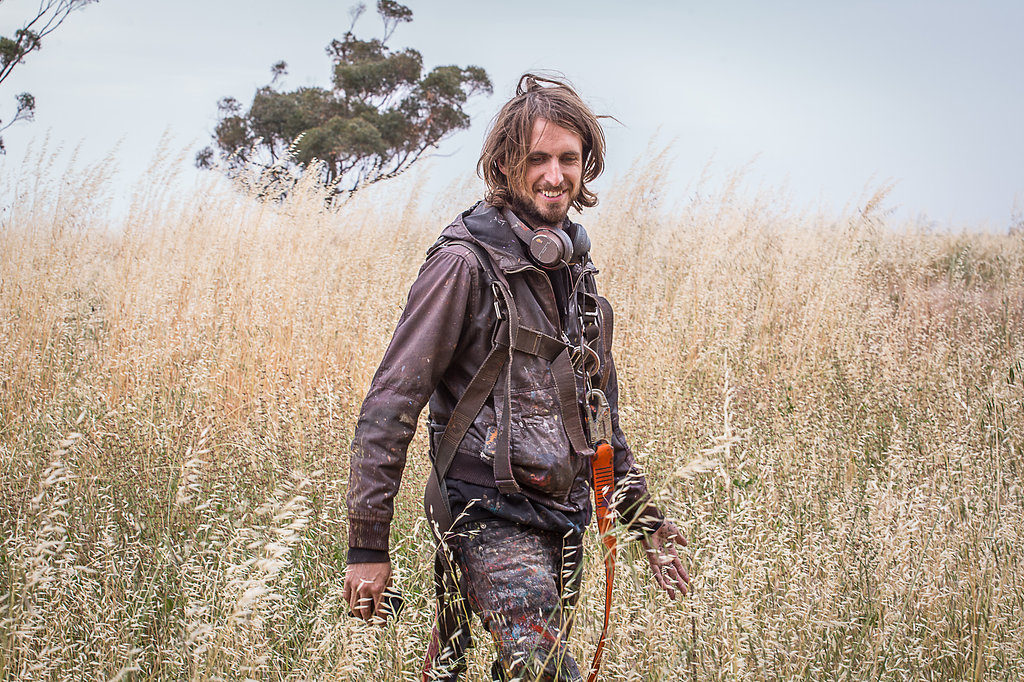 Throughout his career, Melbourne-based artist, Adnate has used his work to tell the stories of Indigenous people and their native lands, particularly the stories of Aboriginal Australians. In 2016, Adnate developed a friendship with the Barengi Gadjin Land Council in north-west Victoria and found his inspiration for this mural.

The night sky represents elements of local dreaming and the overall image signifies the important exchange of wisdom, knowledge and customs from Elders to the next generation.

Adnate spent four weeks with the community in late 2016 to conceive and complete the mural. He says that he sought to shine a spotlight on the area’s young Indigenous people and highlight the strong ancestral connection that they share with their Elders.

Adnate had his start in graffiti and street art in Melbourne in the mid-2000s. Heavily influenced by the chiaroscuro (light and shade) style of Renaissance painters such as Caravaggio, his work embraces a realistic and sensitive approach to portraiture.

Featuring a bold use of block colours via acrylic and spray paint, Adnate’s portraits are known for introducing a strong energetic presence to their surroundings. Described as “life-like” and “emotive” his large-scale murals can be found in various settings throughout Australia and around the world. 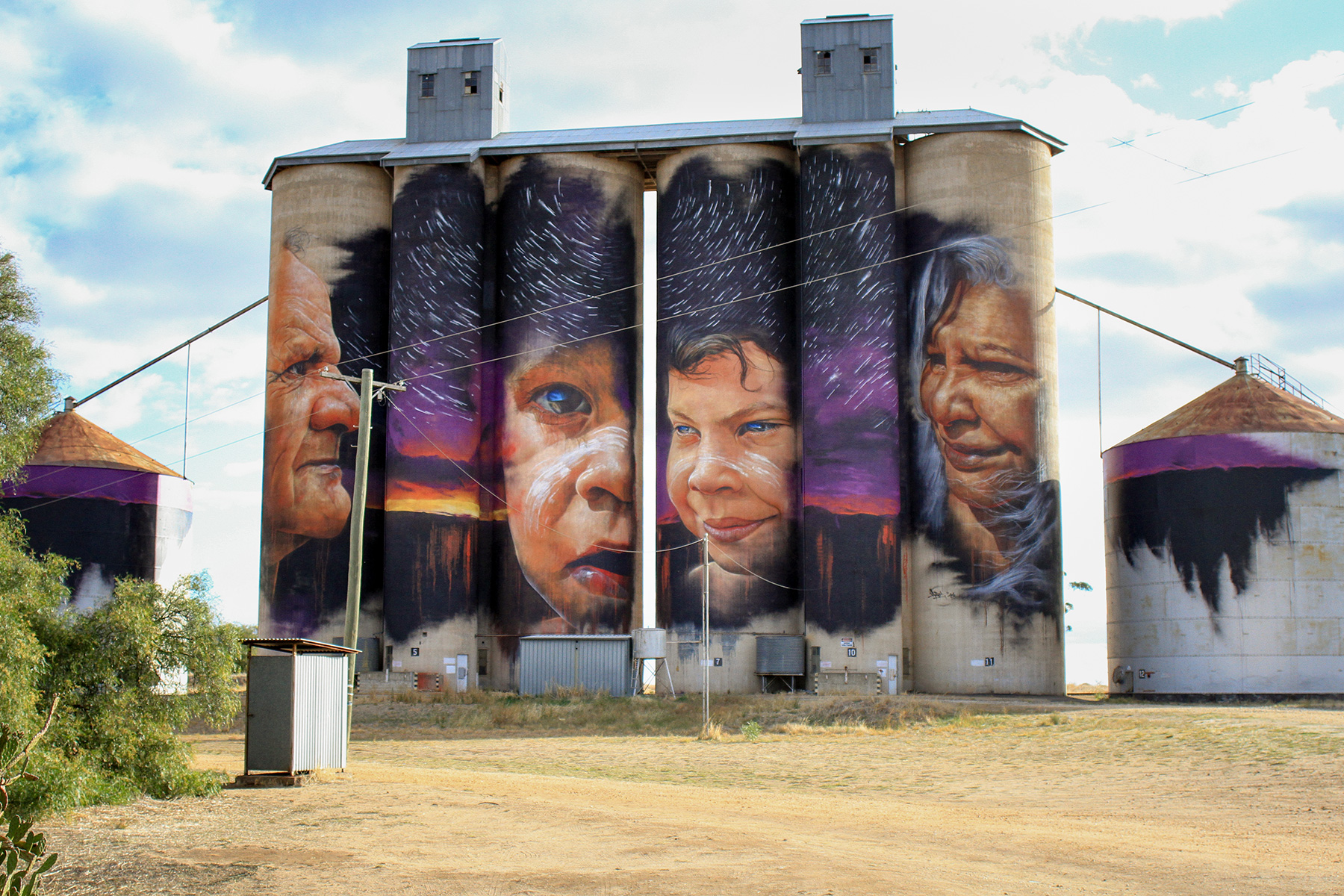 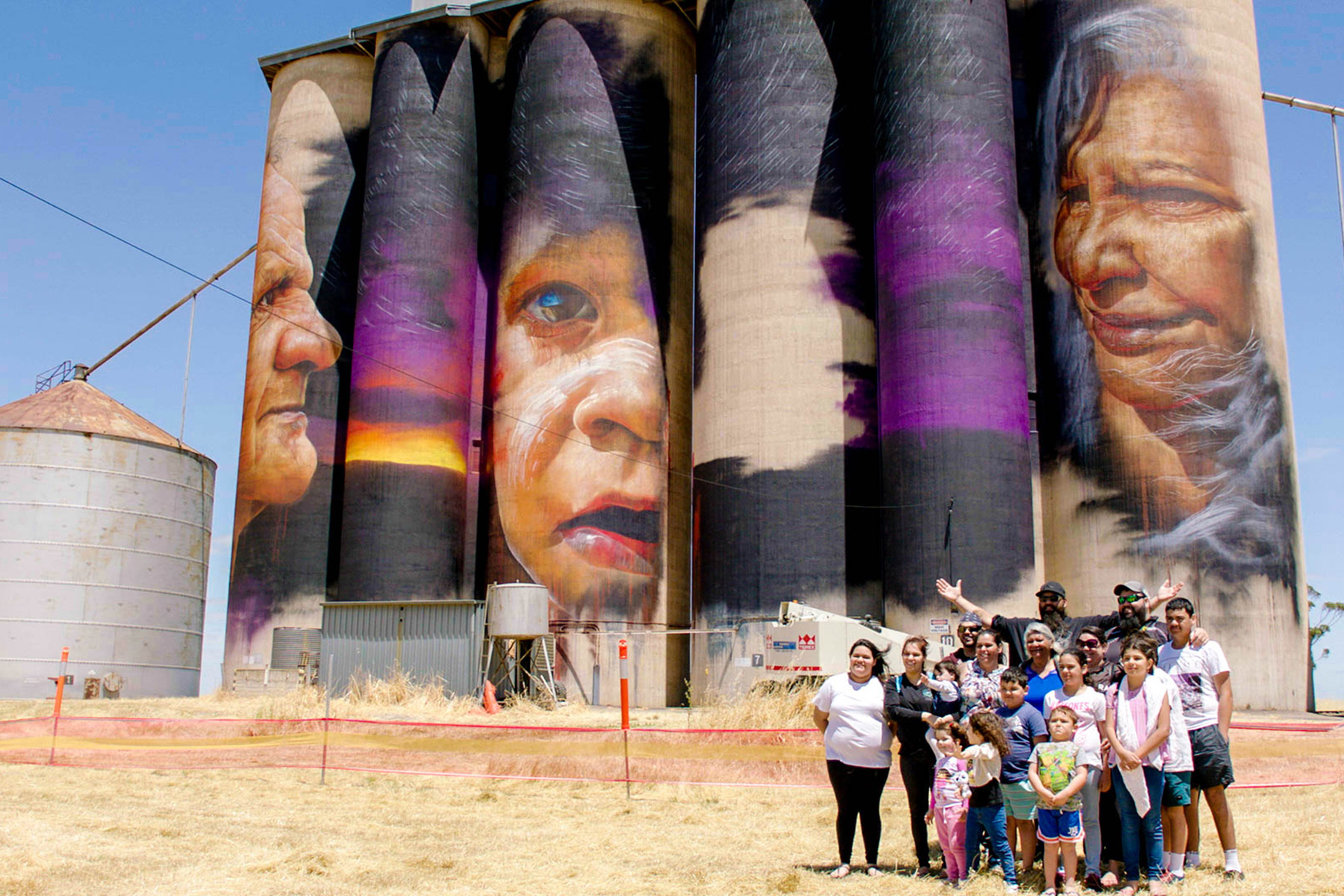 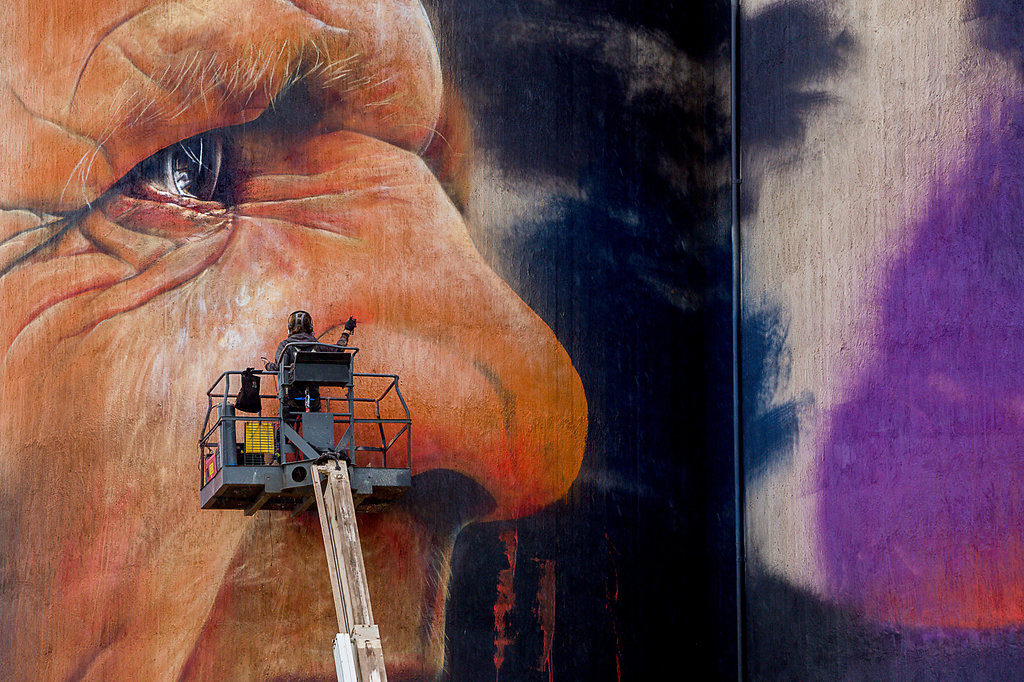 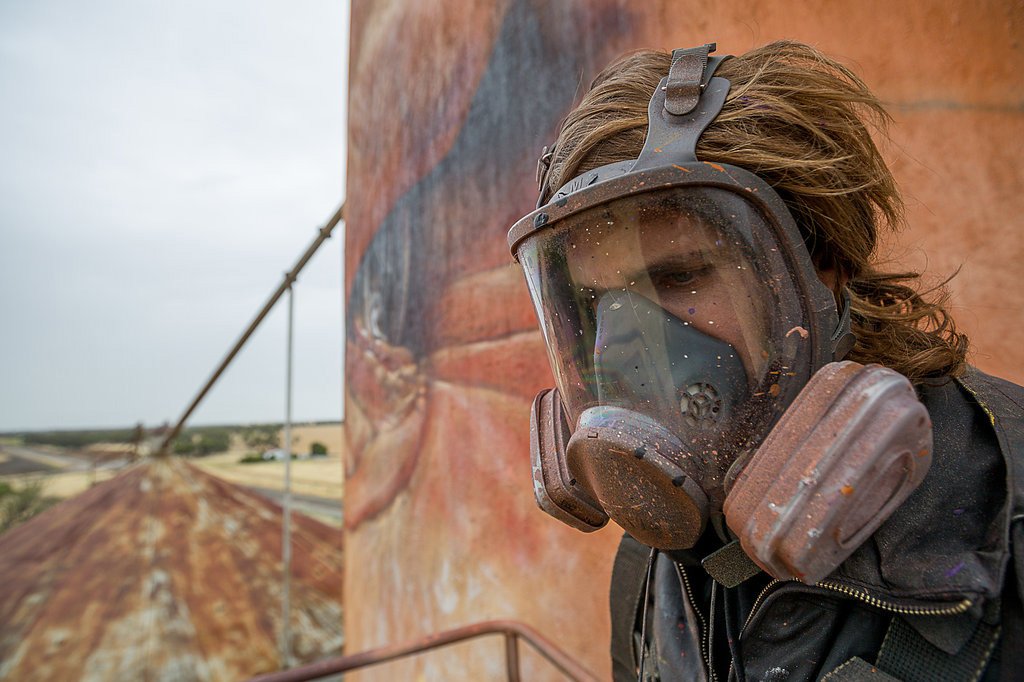 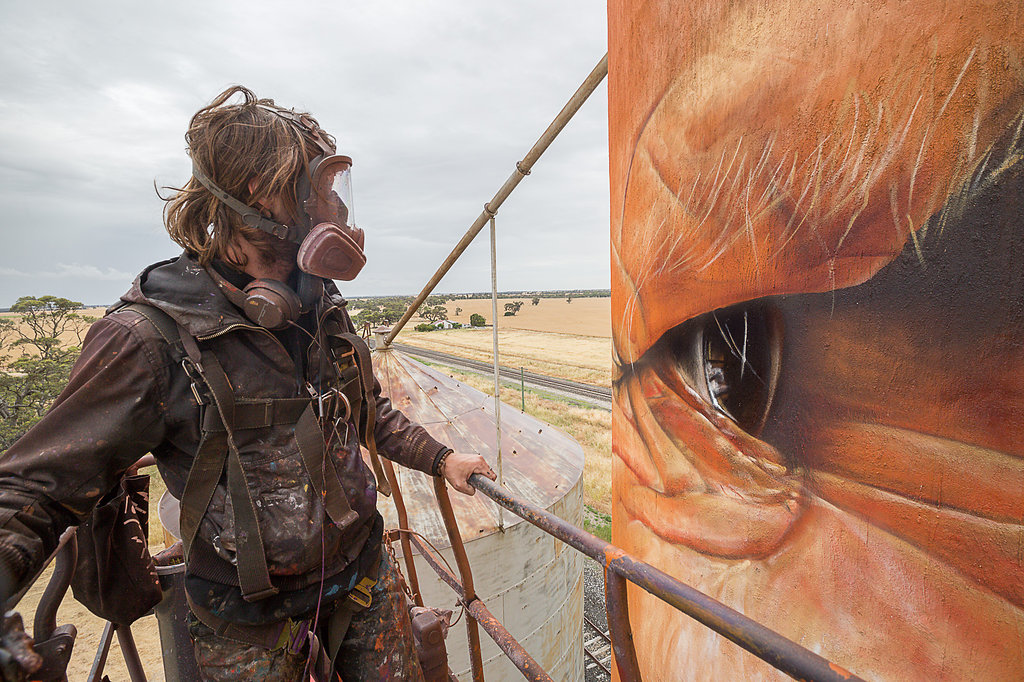 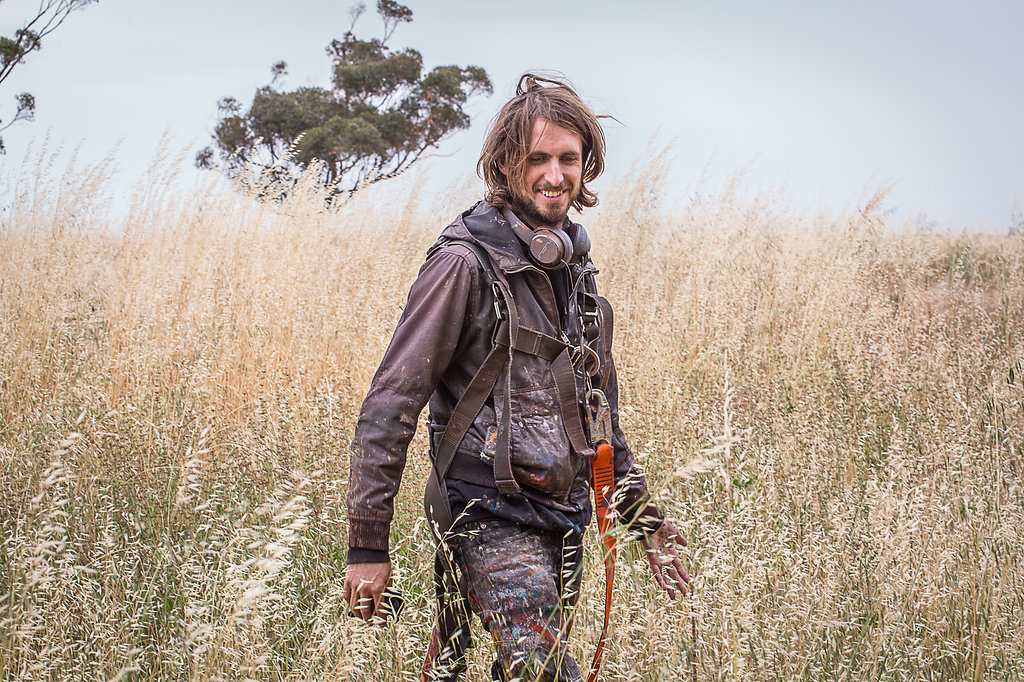