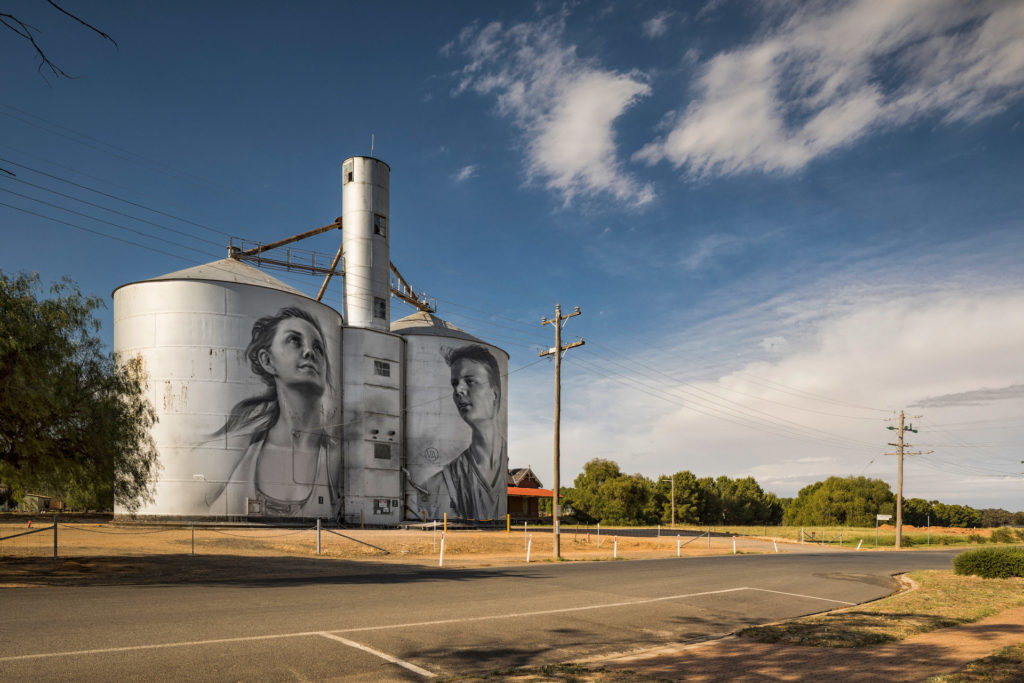 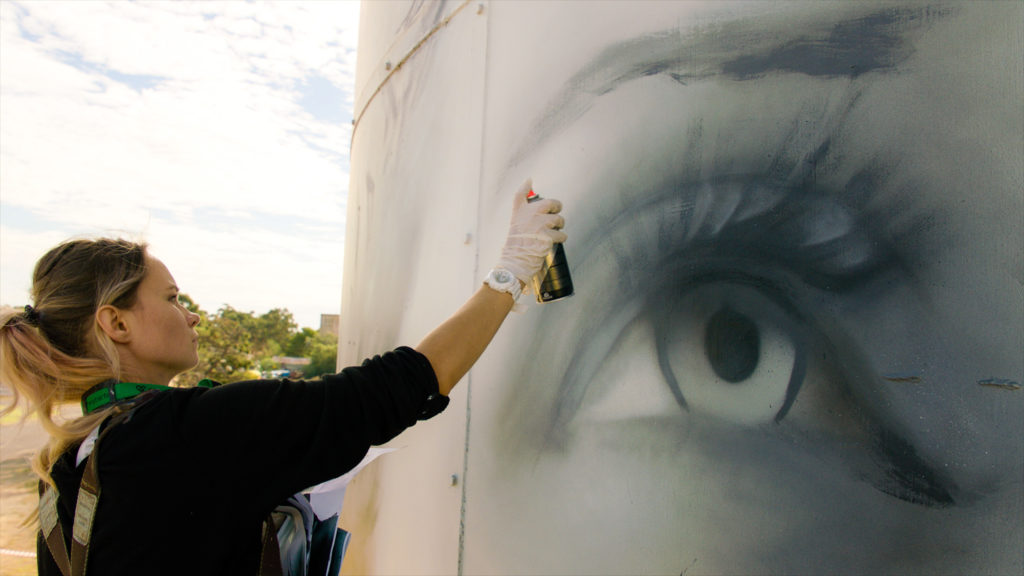 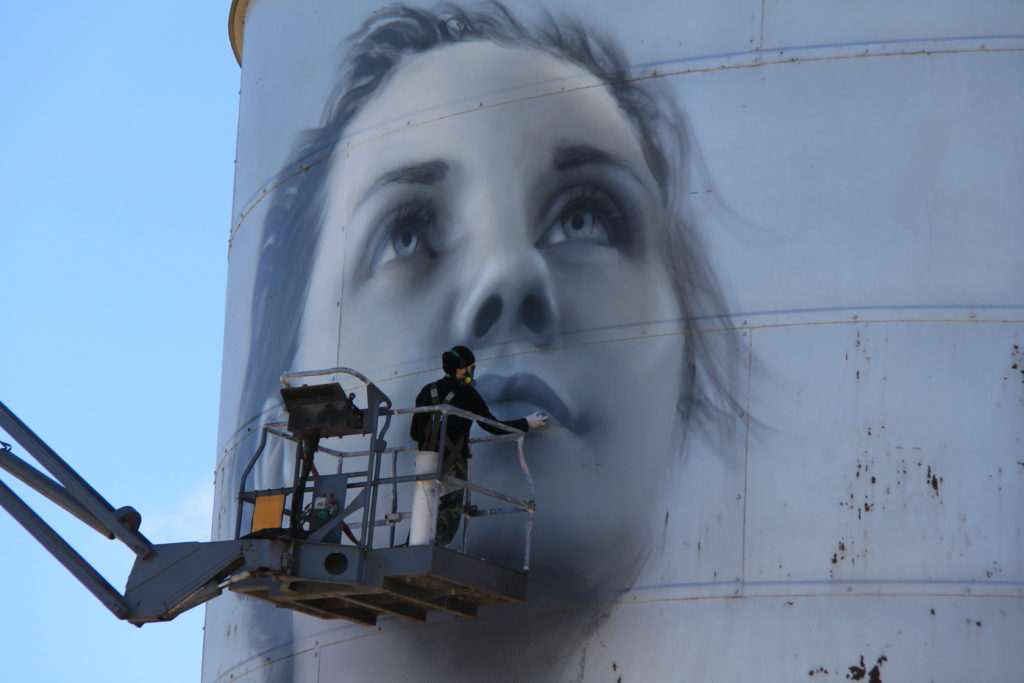 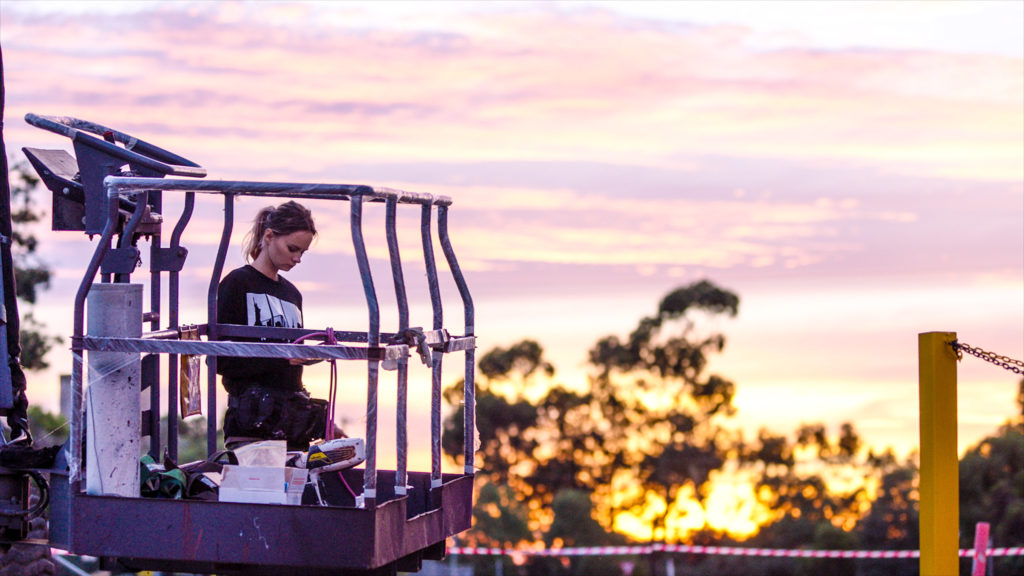 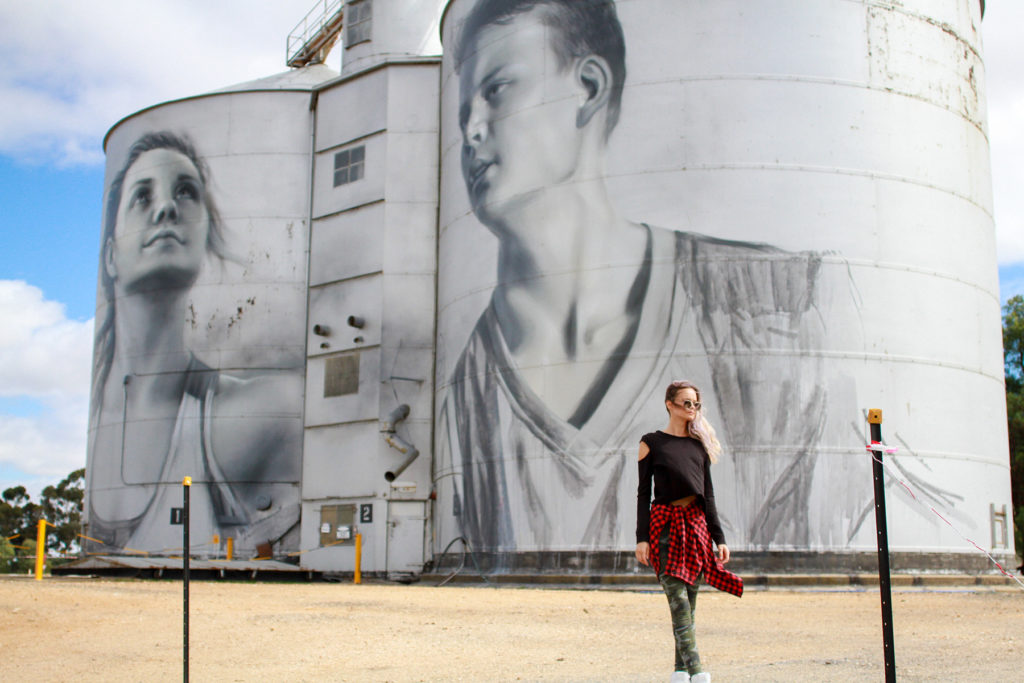 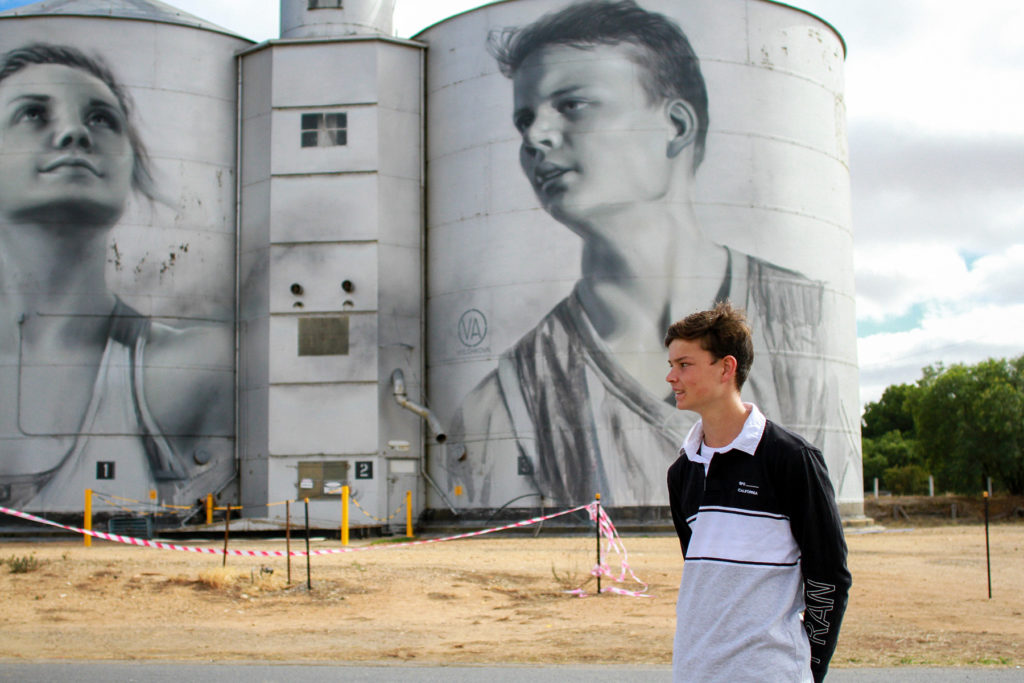 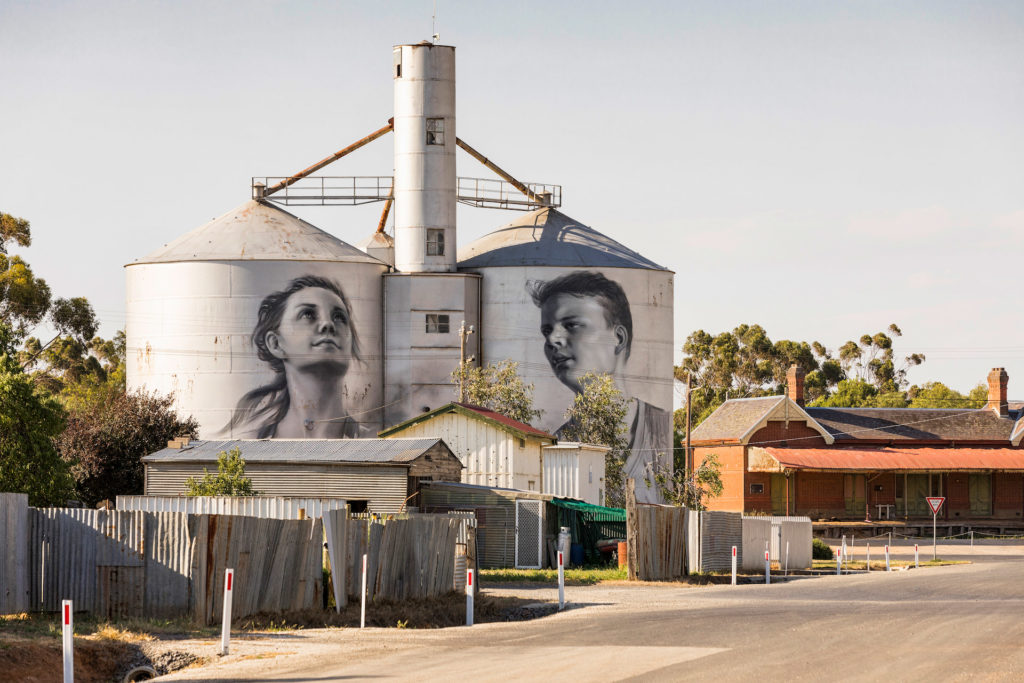 Rupanyup’s silo art is the work of Russian mural artist, Julia Volchkova, who turned her attention to the town’s youth and their great love of team sport. The work vividly captures the spirit of community and provides an accurate insight into rural youth culture.

The featured faces are those of Rupanyup residents and local sporting team members, Ebony Baker and Jordan Weidemann. Fresh-faced and dressed in their sports attire (netball and Australian Rules football, respectively), Baker and Weidemann embody a youthful spirit of strength, hope and camaraderie.

Accomplished over several weeks and unveiled in early 2017, the mural quietly honours the integral role that sport and community play in rural Australian populations.

Julia Volchkova was born in Nizhnevartovsk, Siberia (Russia) and studied classical painting there before moving to Saint Petersburg in 2010. Heavily influenced by Russian realist painter Ilya Repin, Volchkova’s delicate portraiture seeks to explore the rich diversity present in the places that she visits.

An avid traveller, Volchkova uses art as a tool to deepen her knowledge of culture and place wherever she goes – always on a quest to understand the different communities that make up a local population. Her frequent travels have resulted in numerous large-scale murals of local people in Indonesia, Malaysia and elsewhere around the world. 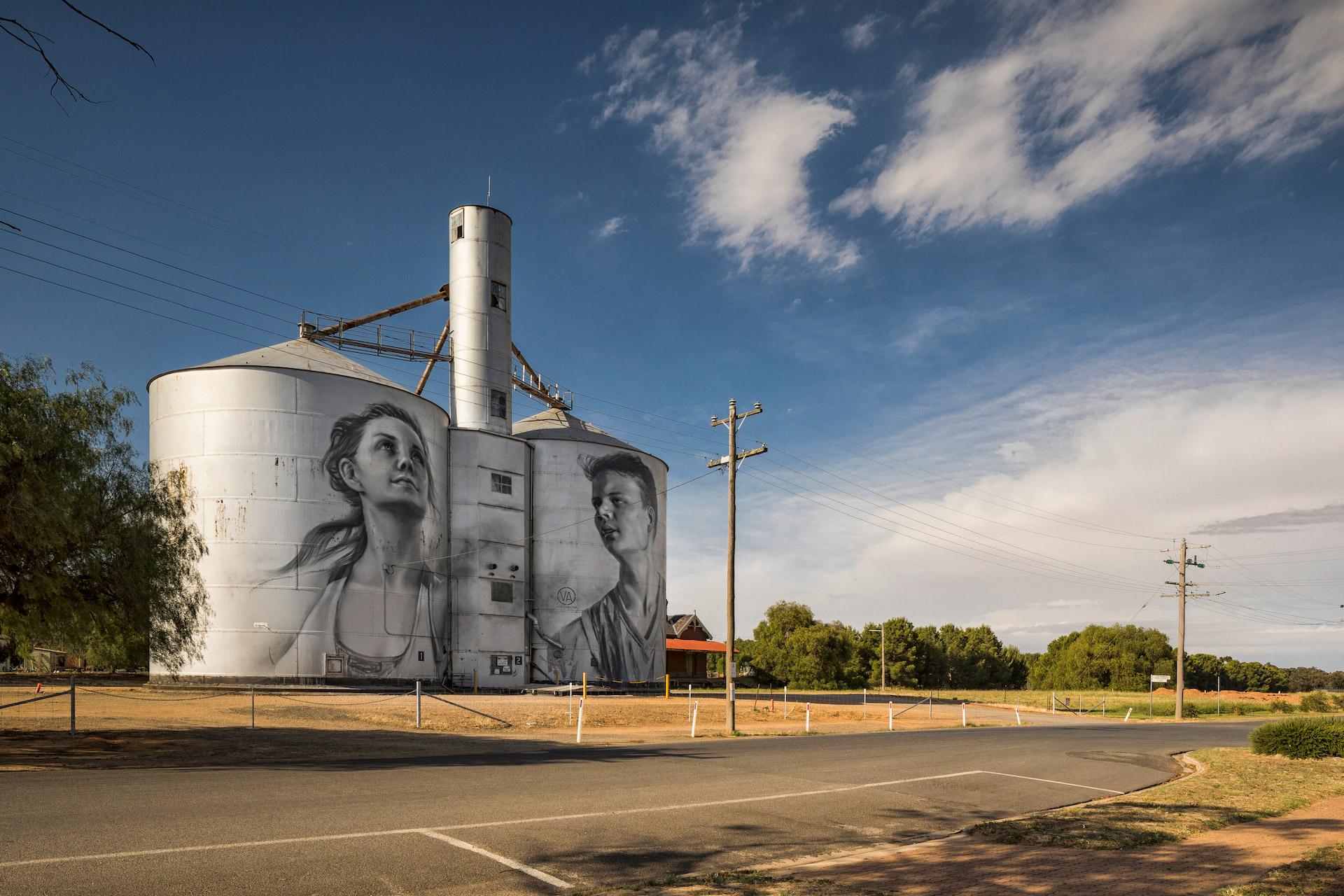 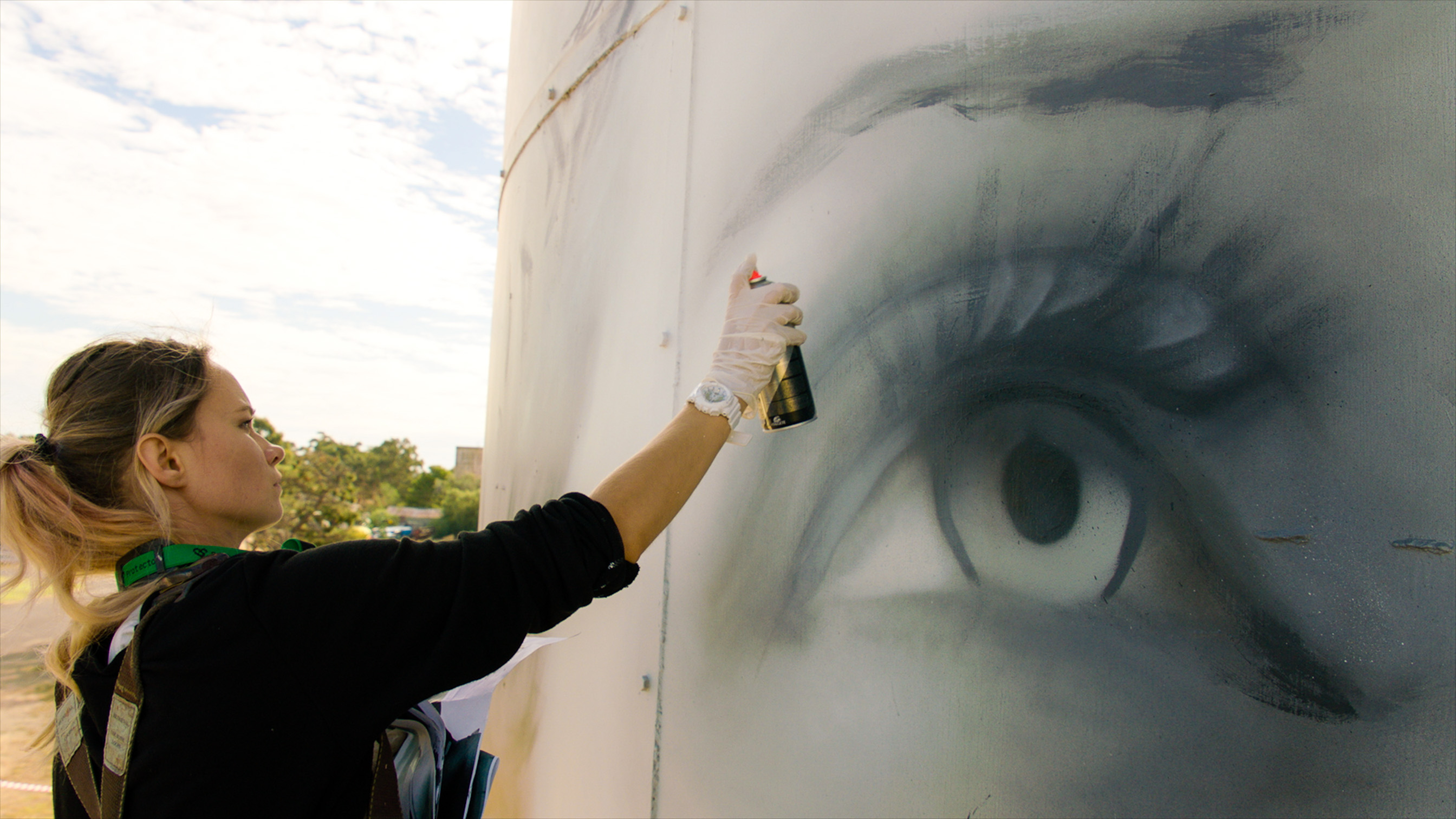 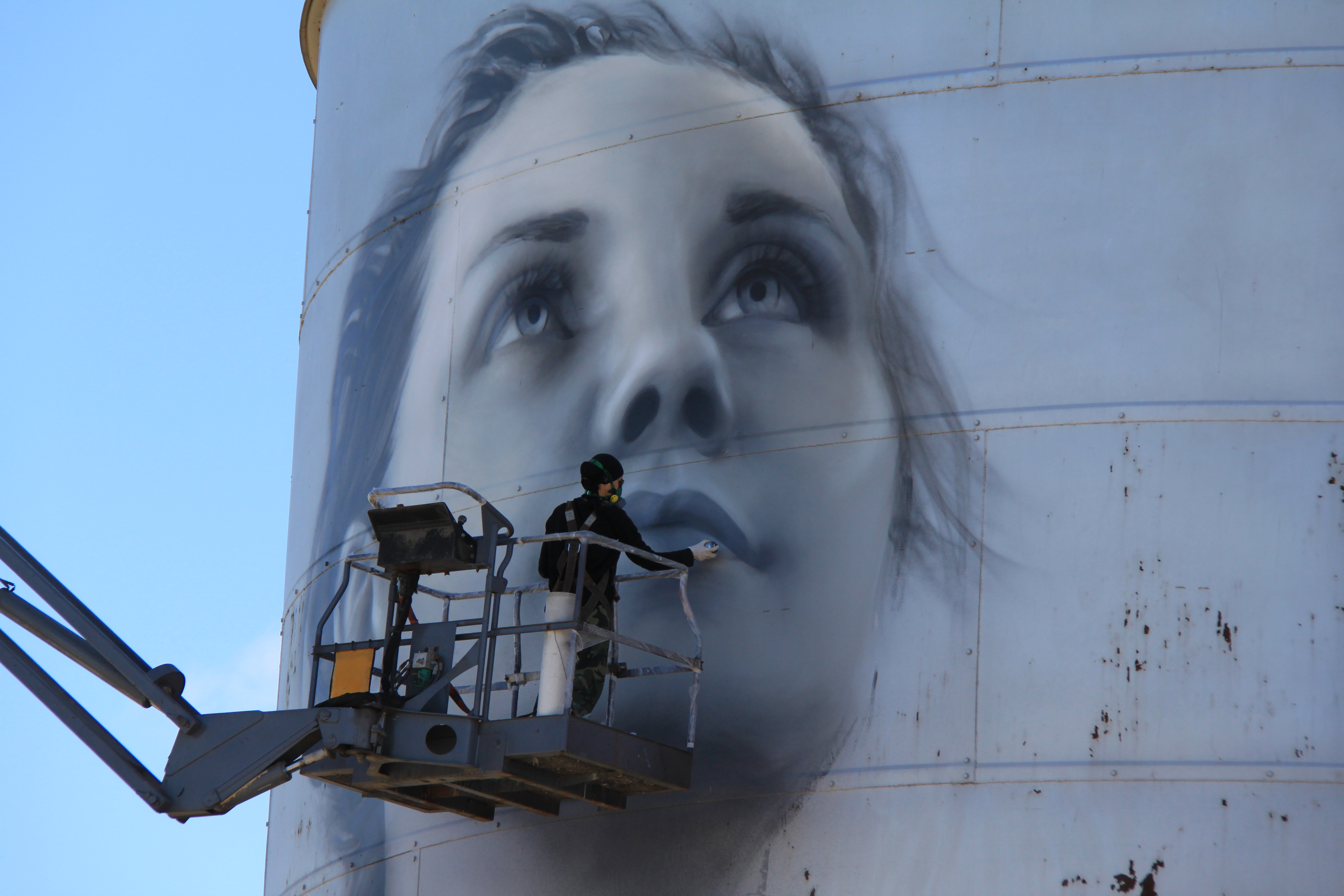 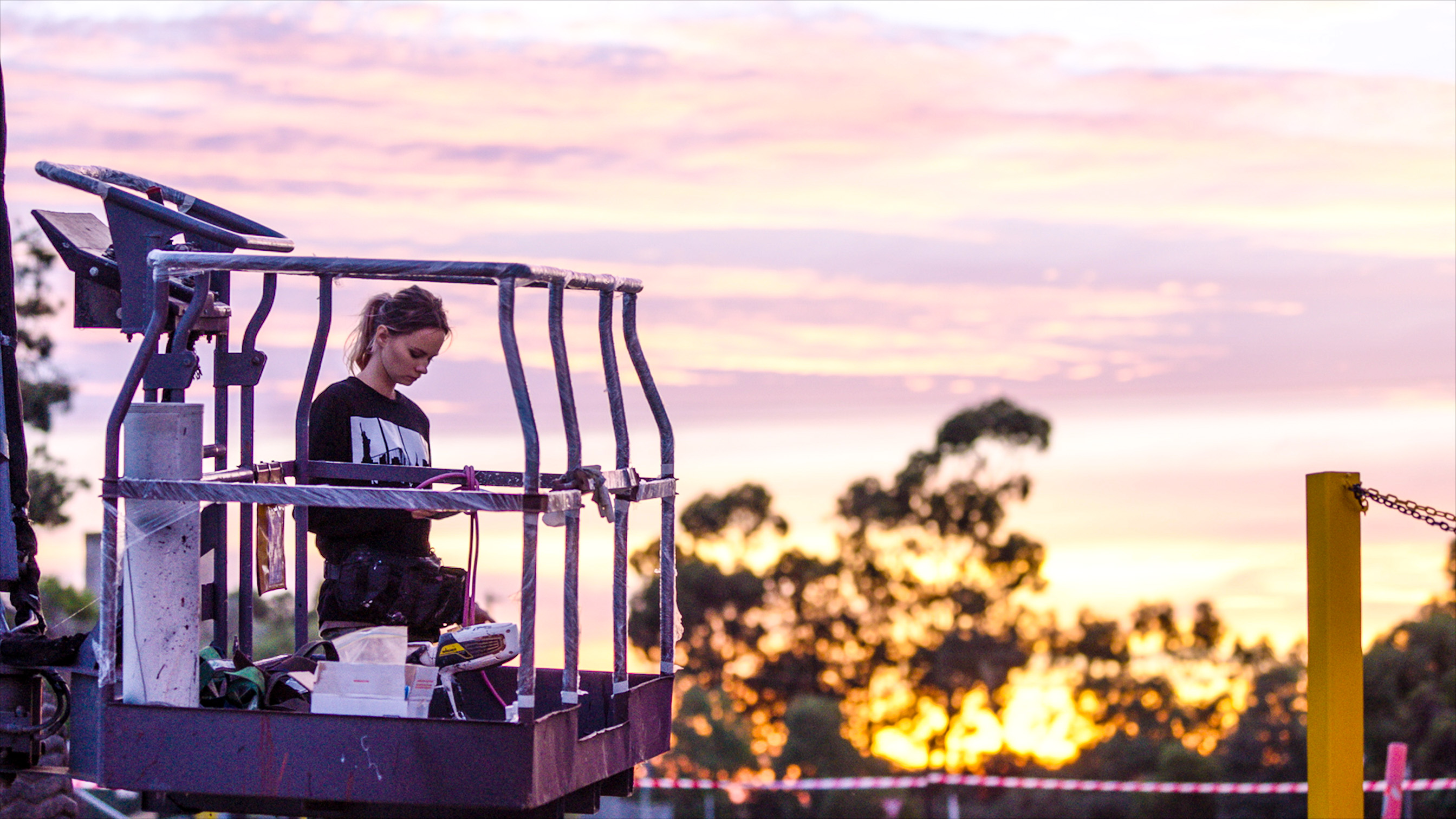 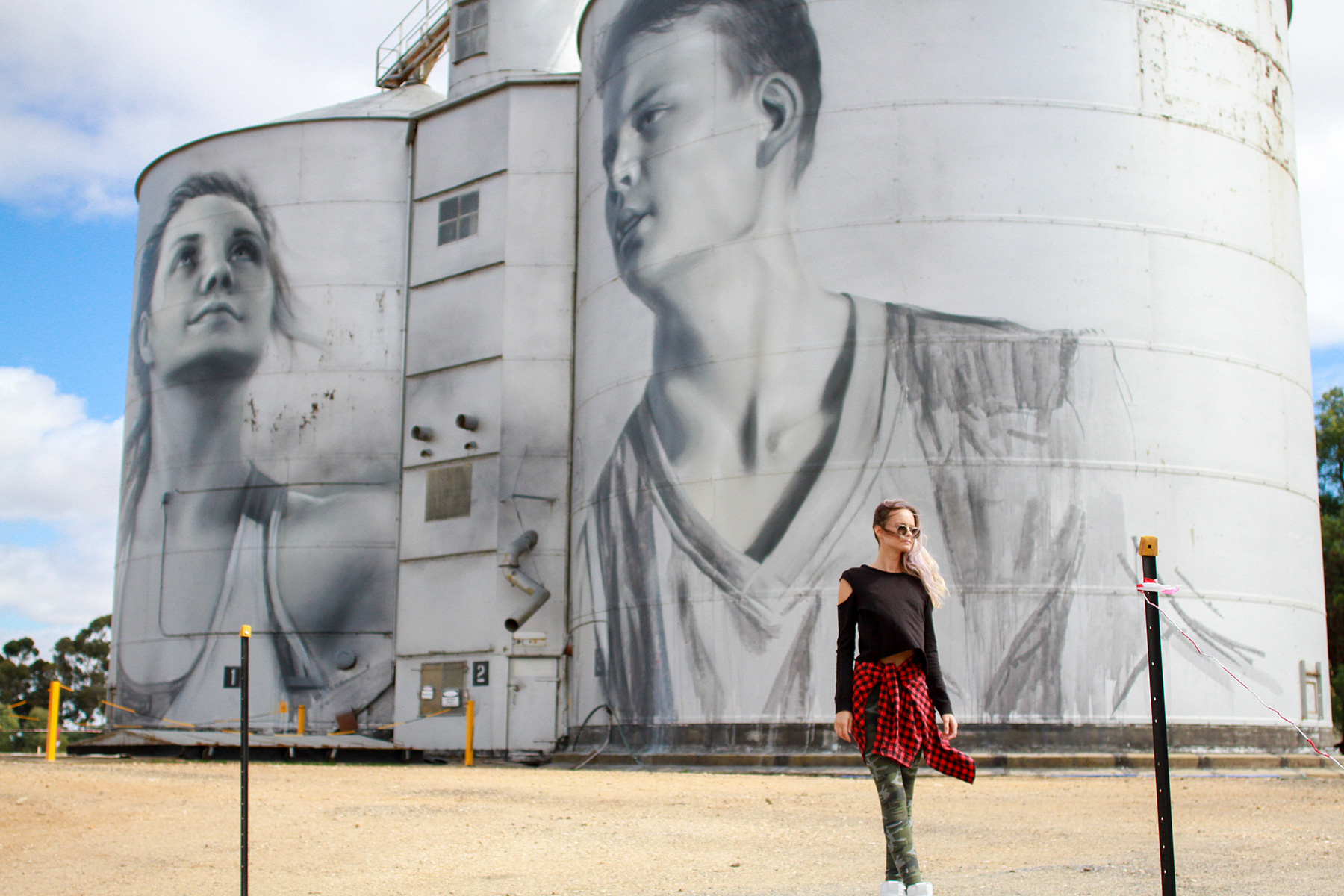 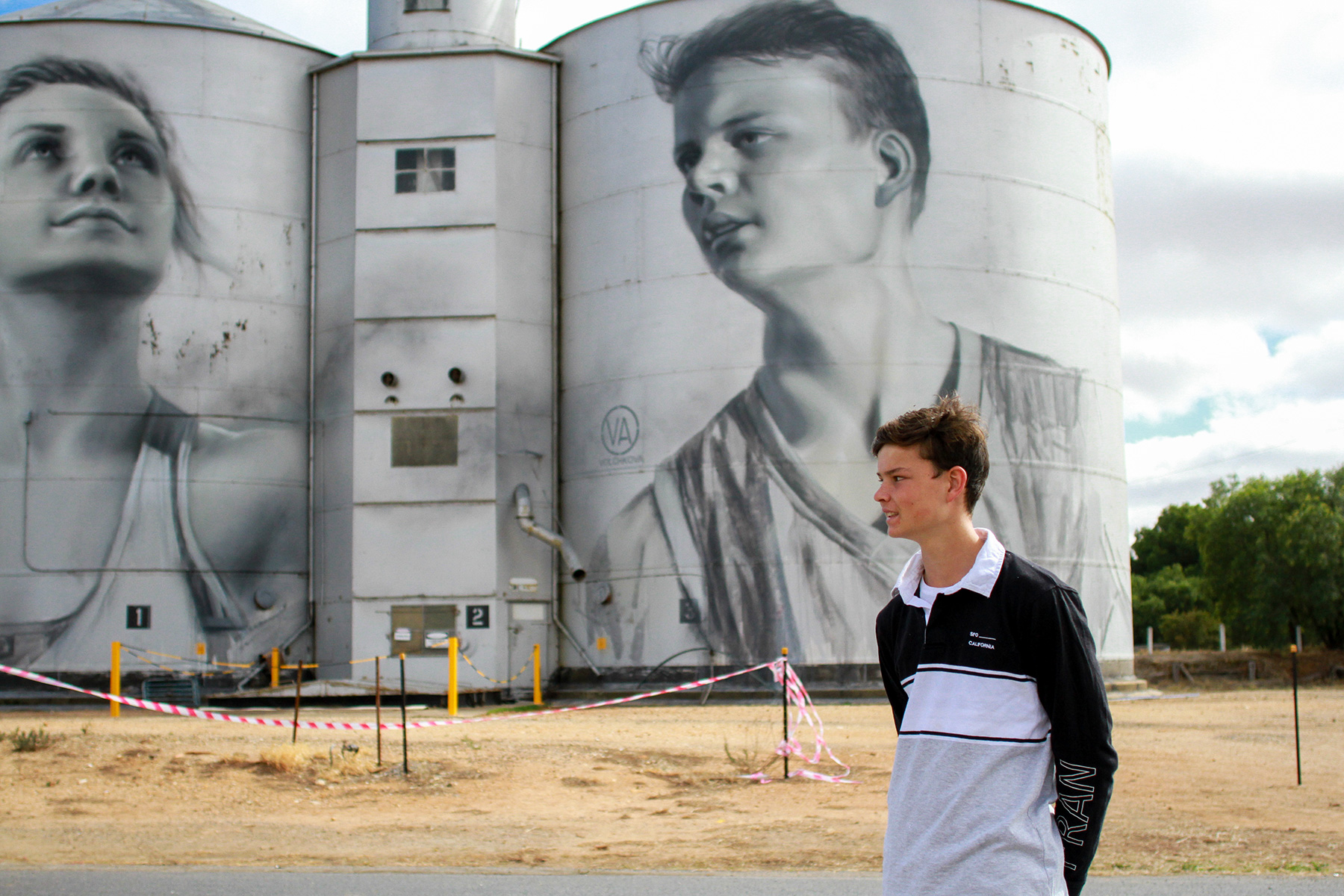 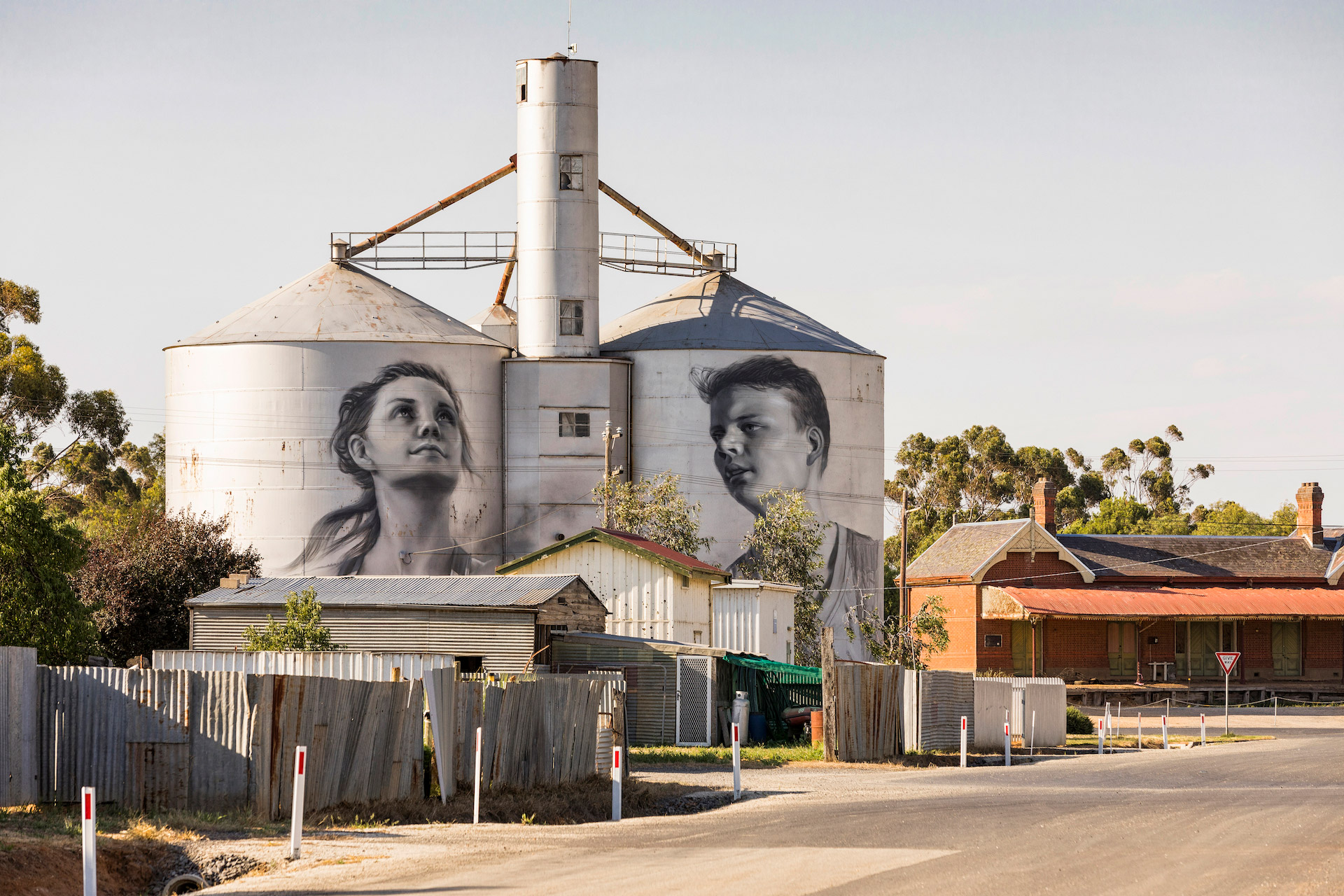