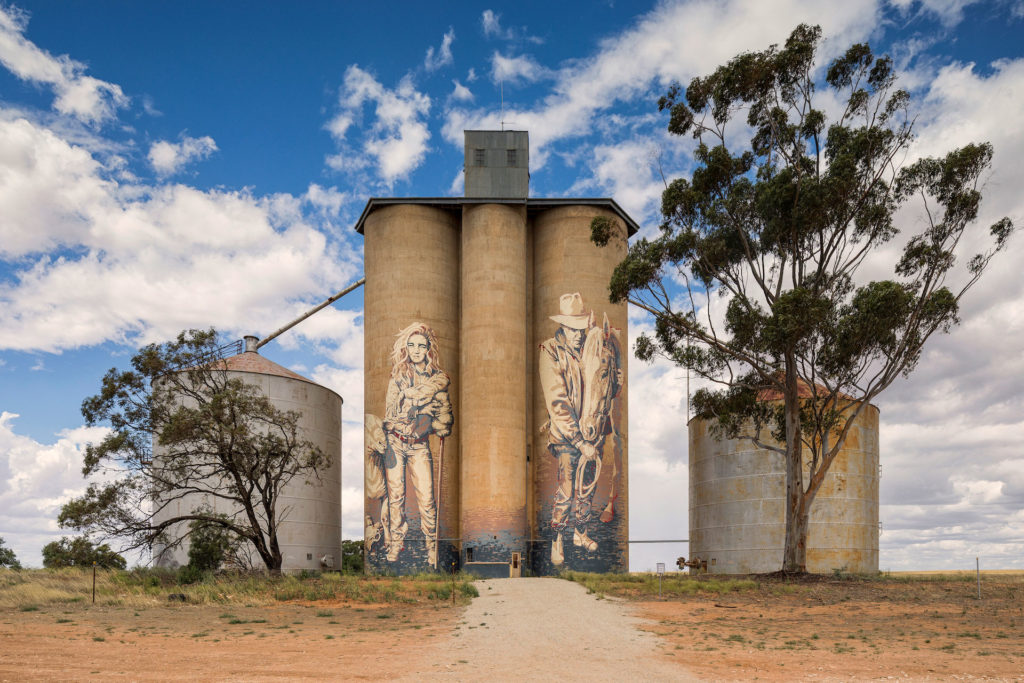 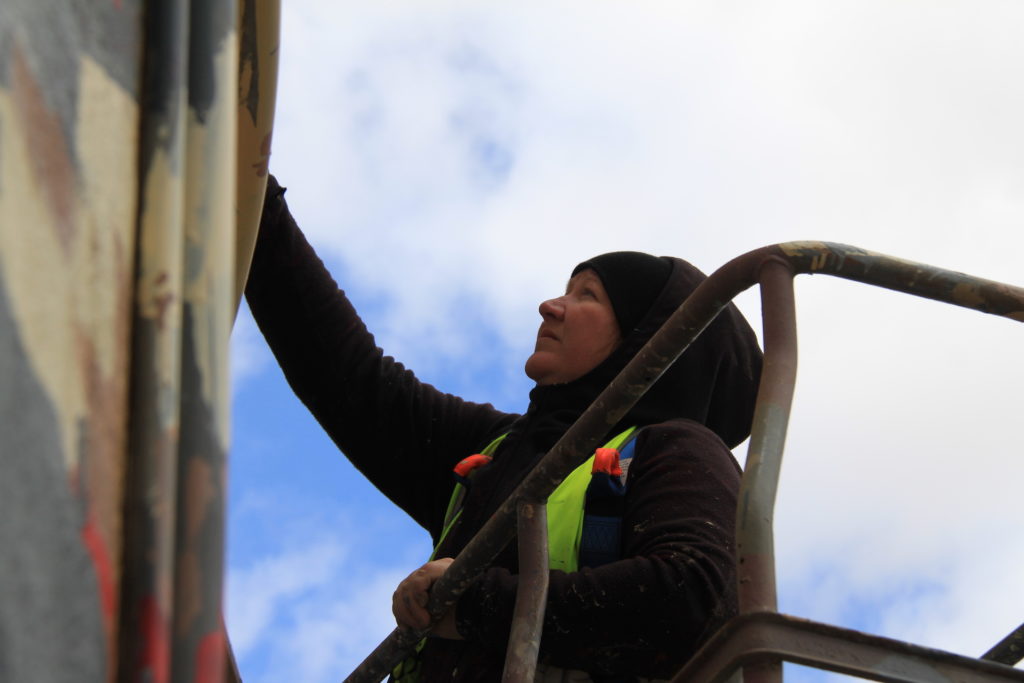 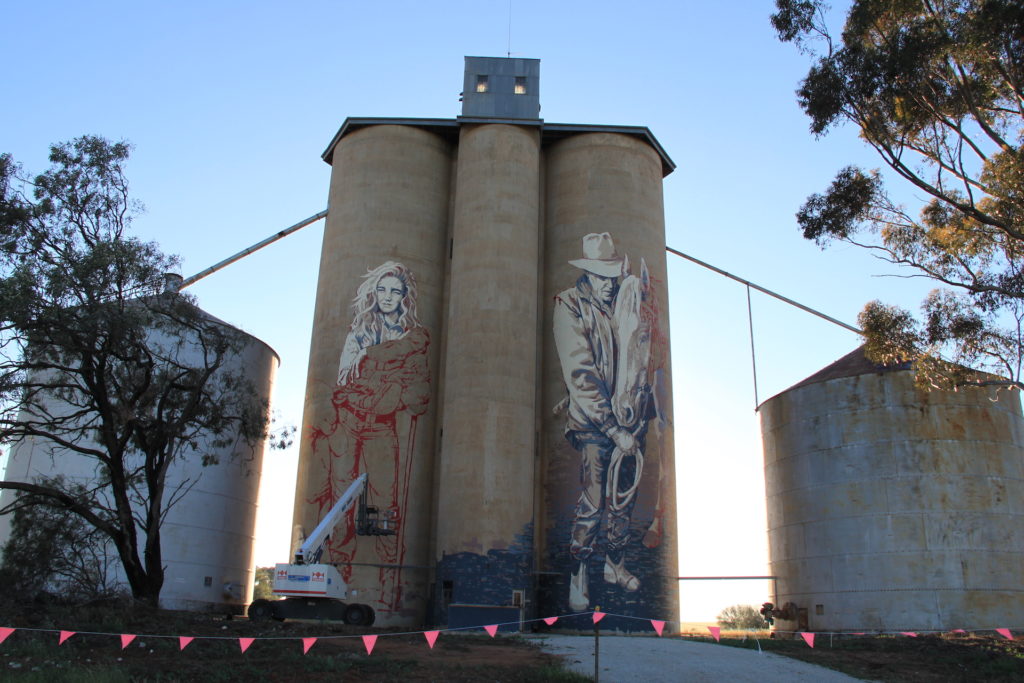 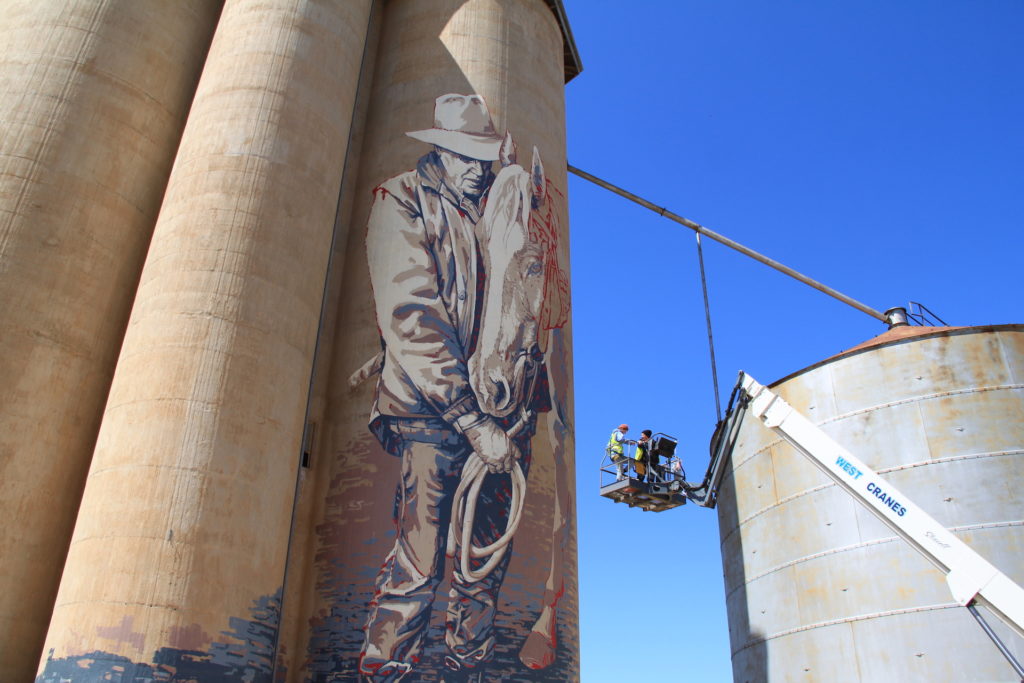 Before commencing work in Rosebery, Melbourne artist, Kaff-eine spent time in the Mallee assisting fellow artist Rone on his Lascelles silo project. During this time, Kaff-eine travelled to neighbouring towns, discovering the natural environment and acquainting herself with local business owners, families, farmers and children – all with the view to developing a concept for these GrainCorp silos which date back to 1939.

Completed in late 2017, Kaff-eine’s artwork depicts themes that she says embody the region’s past, present and future.

The silo on the left captures the grit, tenacity and character of the region’s young female farmers, who regularly face drought, fires and other hardships living and working in the Mallee. In her work shirt, jeans and turned-down cowboy boots, the strong young female sheep farmer symbolises the future.

The silo on the right portrays a quiet moment between dear friends. The contemporary horseman appears in Akubra hat, Bogs boots and oilskin vest – common attire for Mallee farmers. Both man and horse are relaxed and facing downward, indicating their mutual trust, love and genuine connection.

Kaff-eine boasts the most unlikely of street art roots. Now a successful internationally renowned artist, the former lawyer and public servant was well out of her teens when she committed to her craft – quitting a government policy career, selling her house and turning to street art full-time in 2012.

Combining creativity with a strong social conscience, Kaff-eine makes art and film projects in marginalised communities around the world, with her work inviting audiences to engage with social and political issues. Kaff-eine describes her practice from photorealistic to darkly sensual stylised characters as “loaded with symbolism and narrative.” 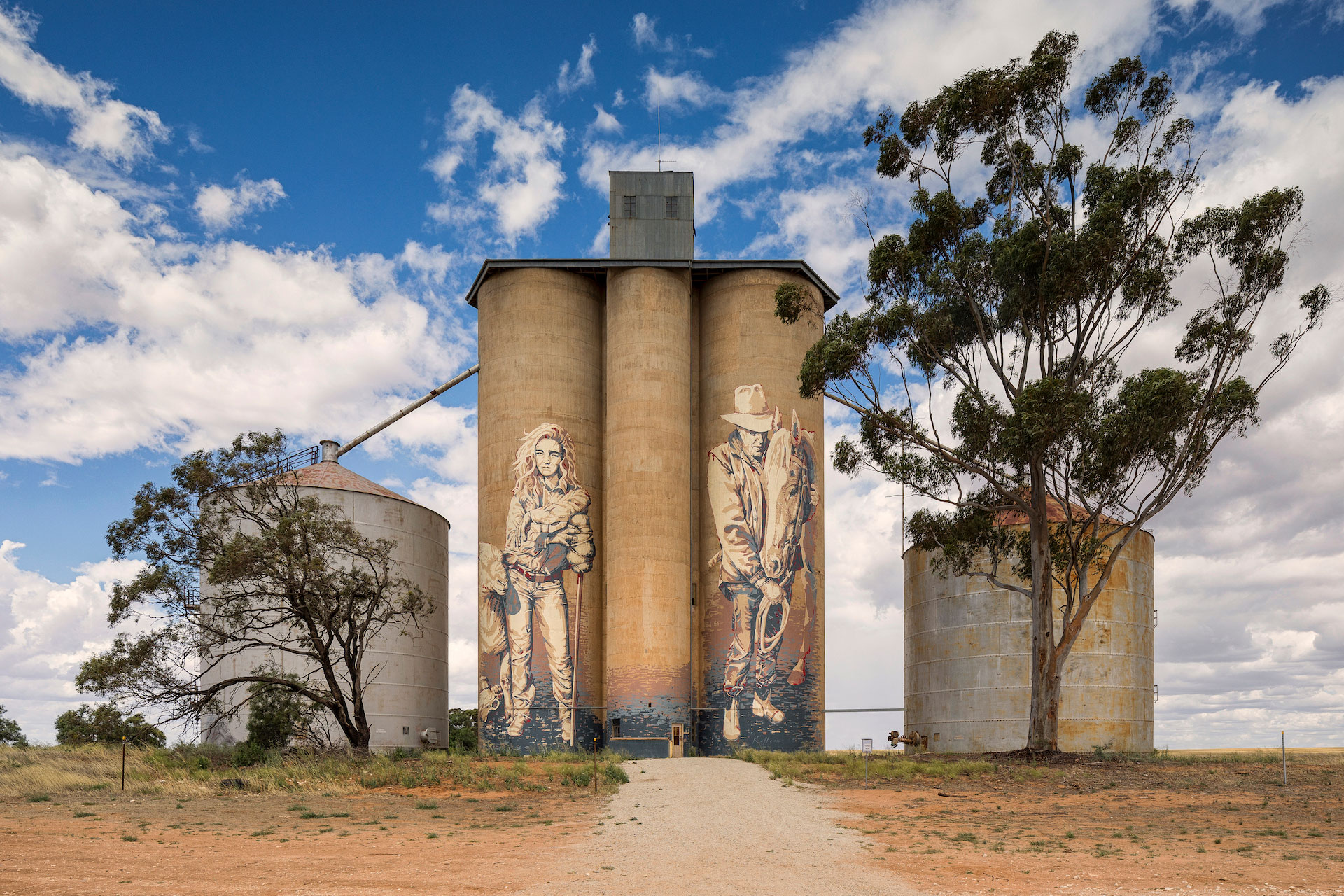 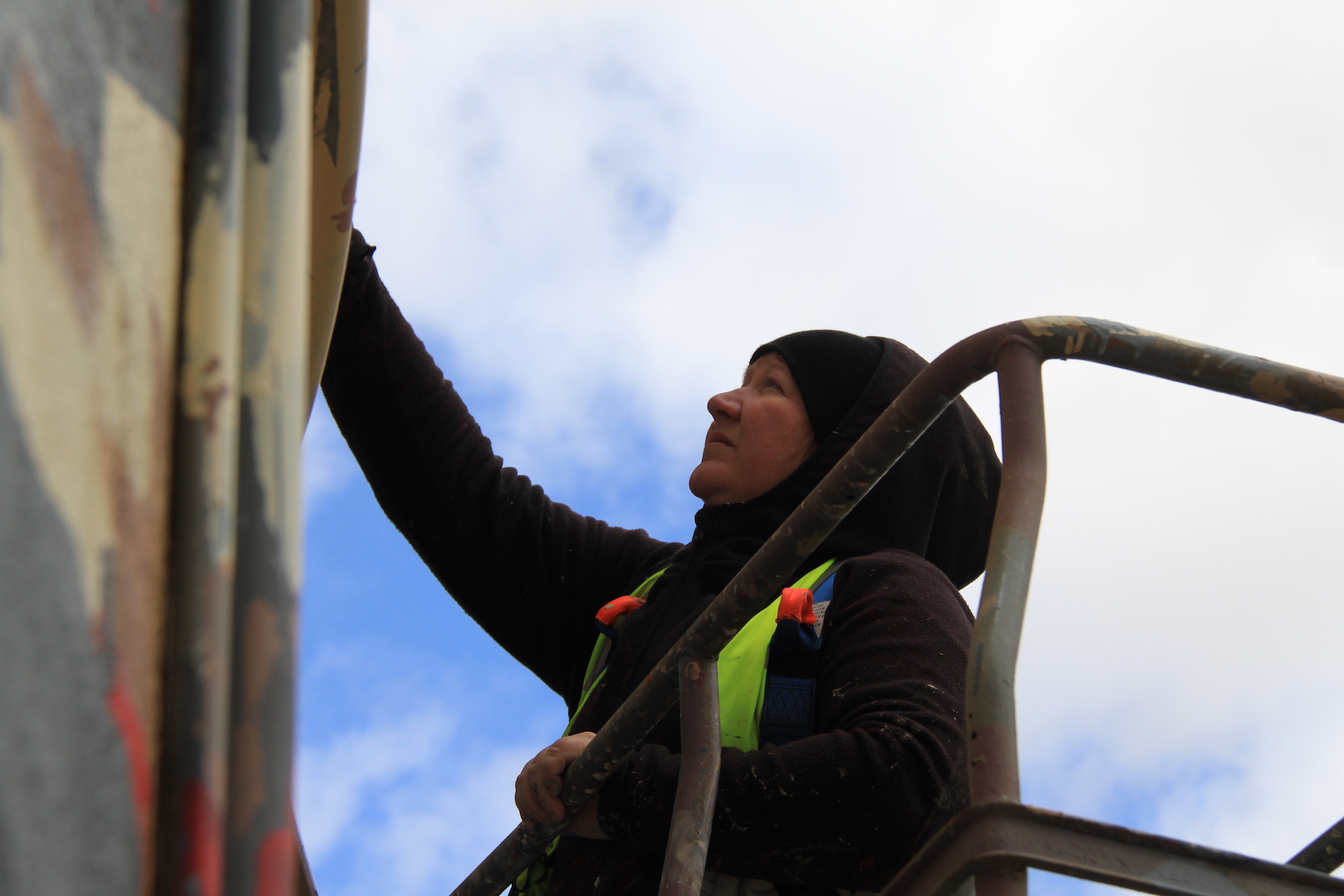 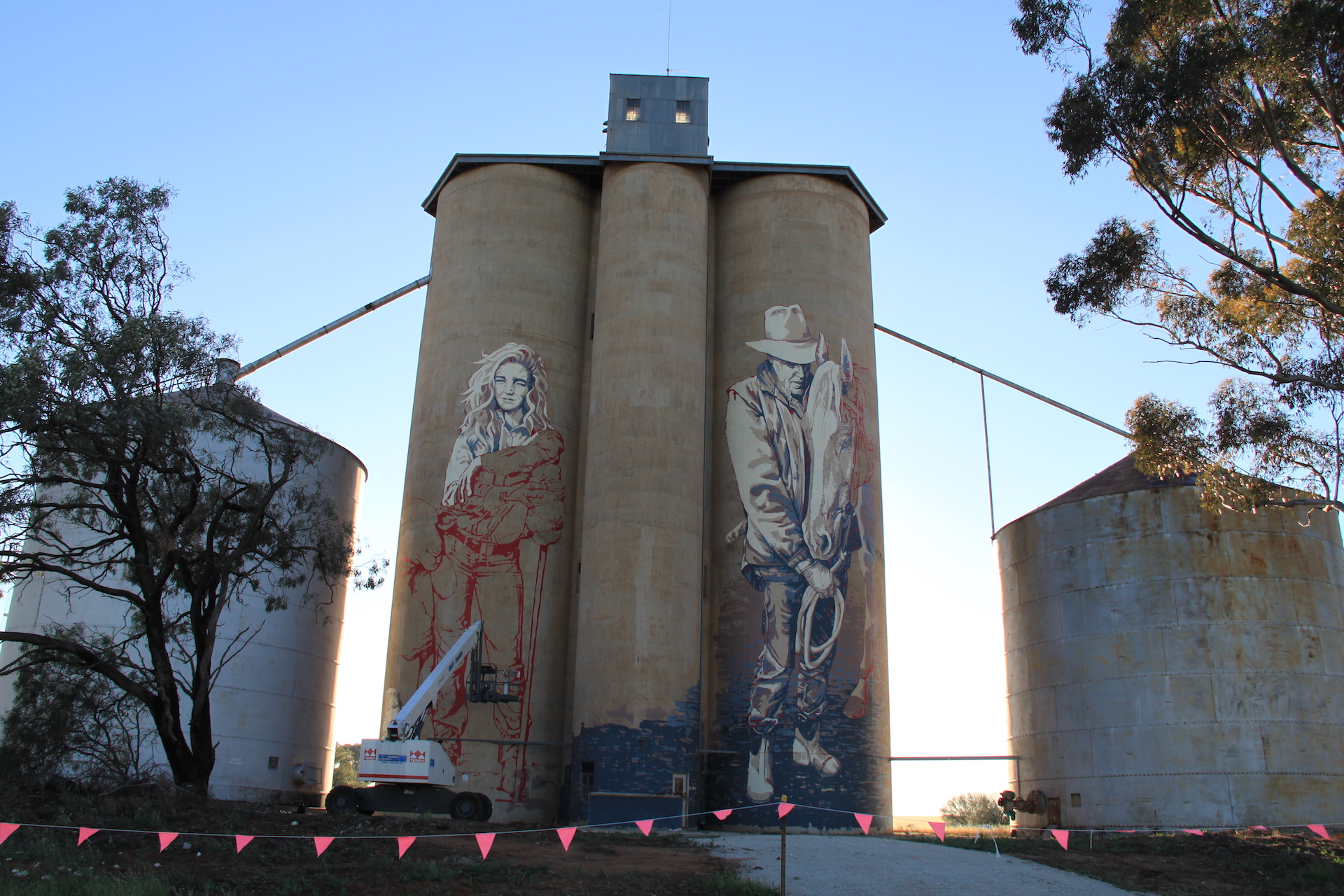 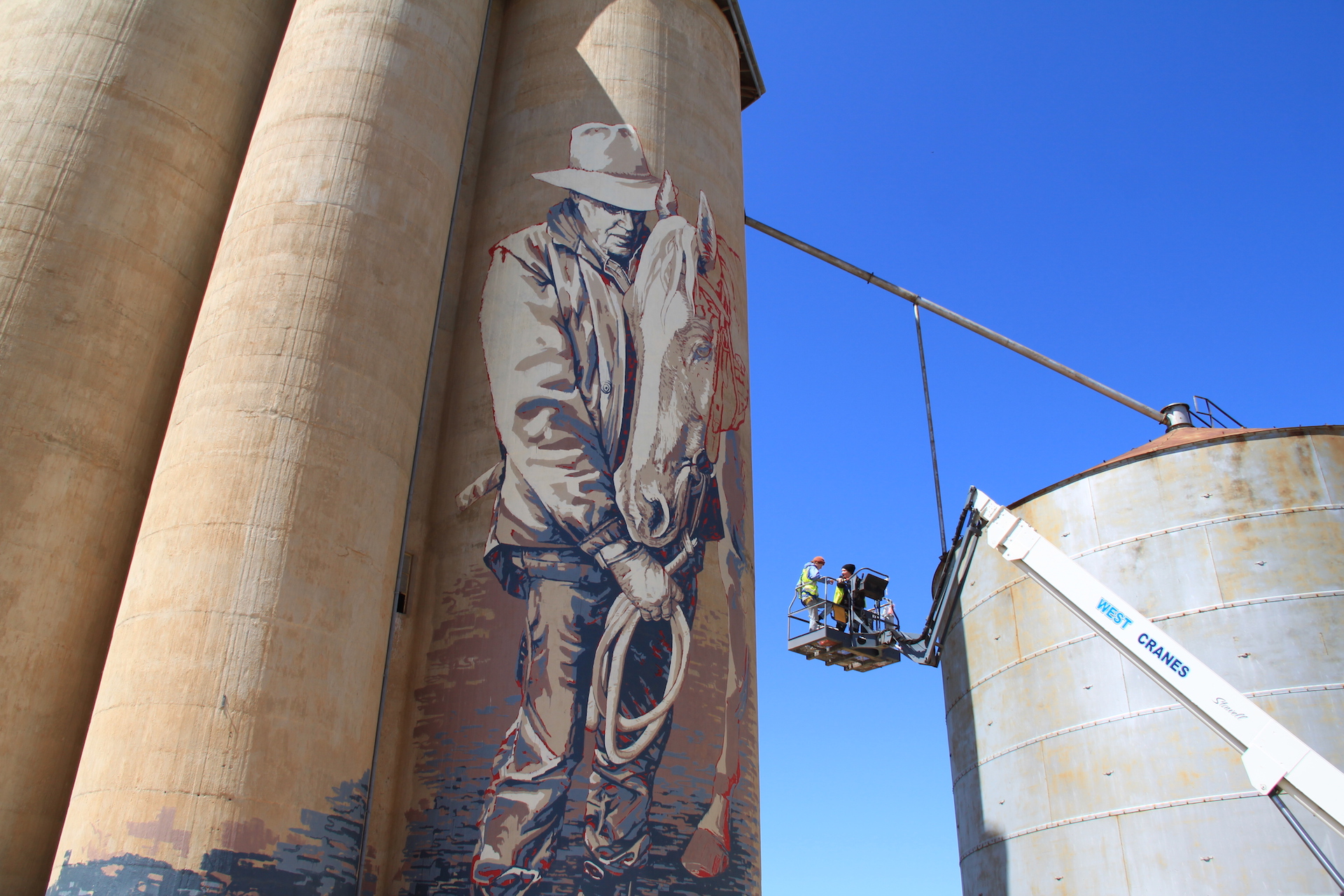