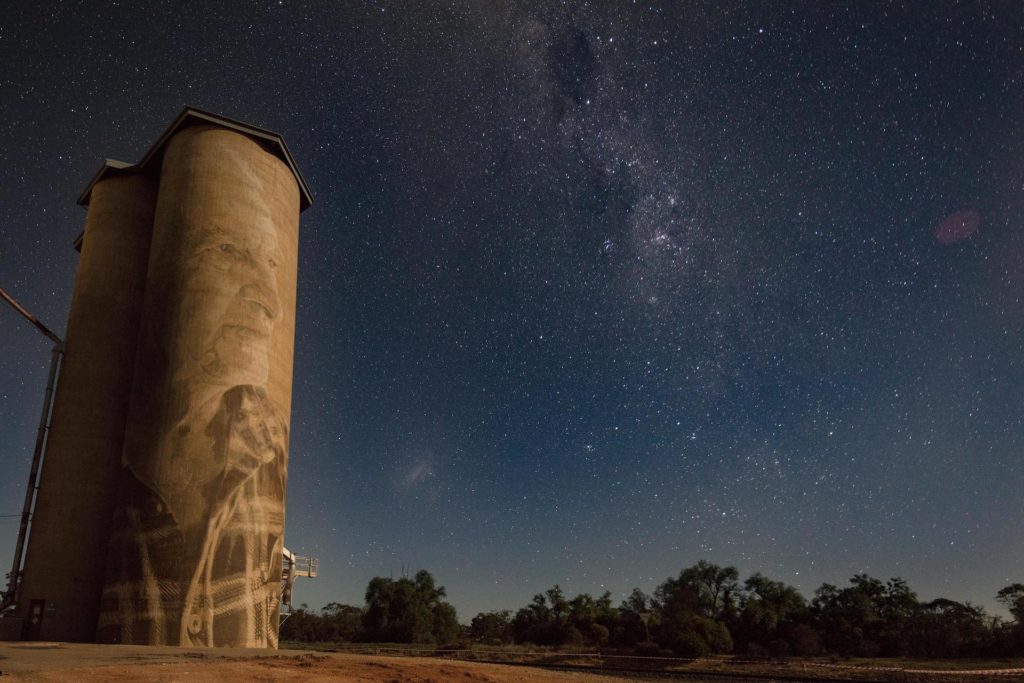 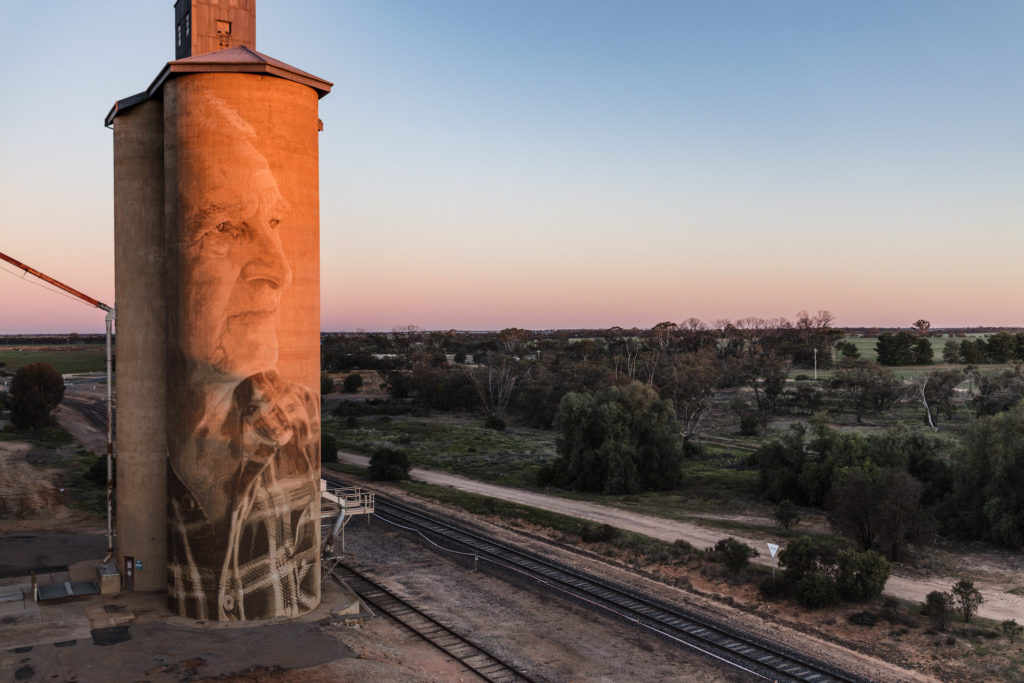 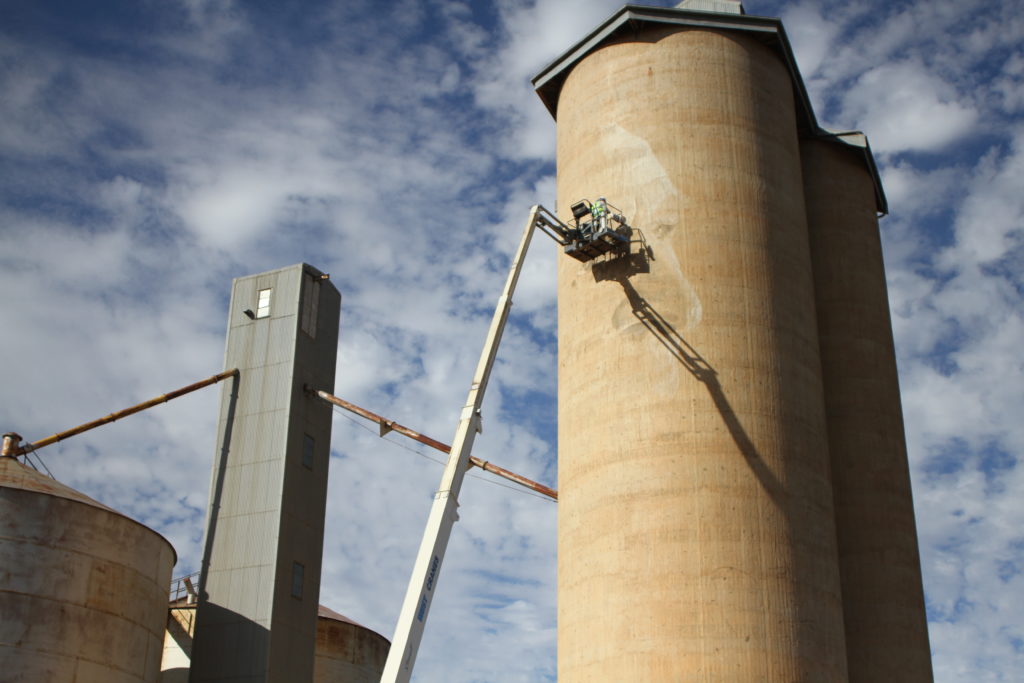 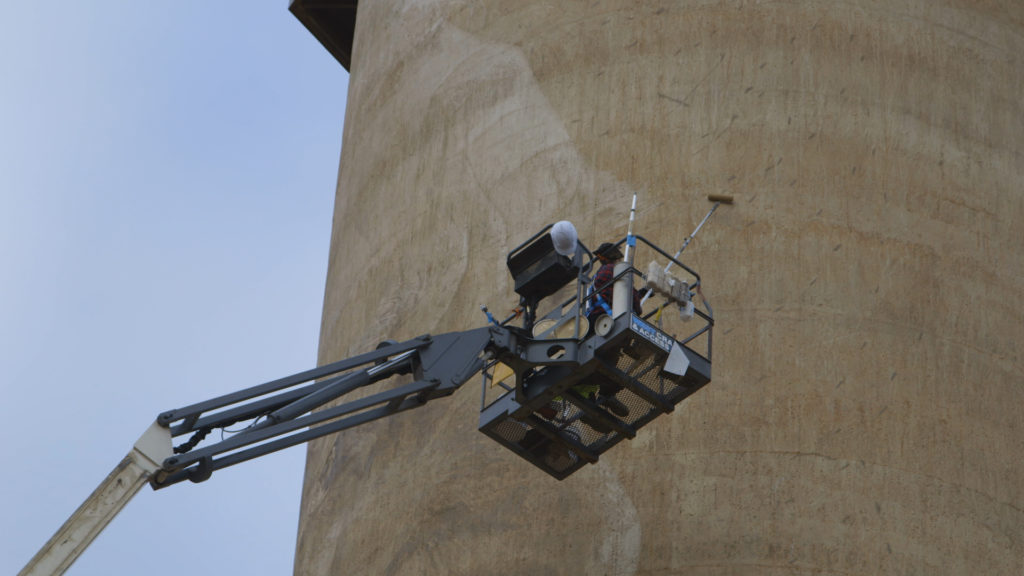 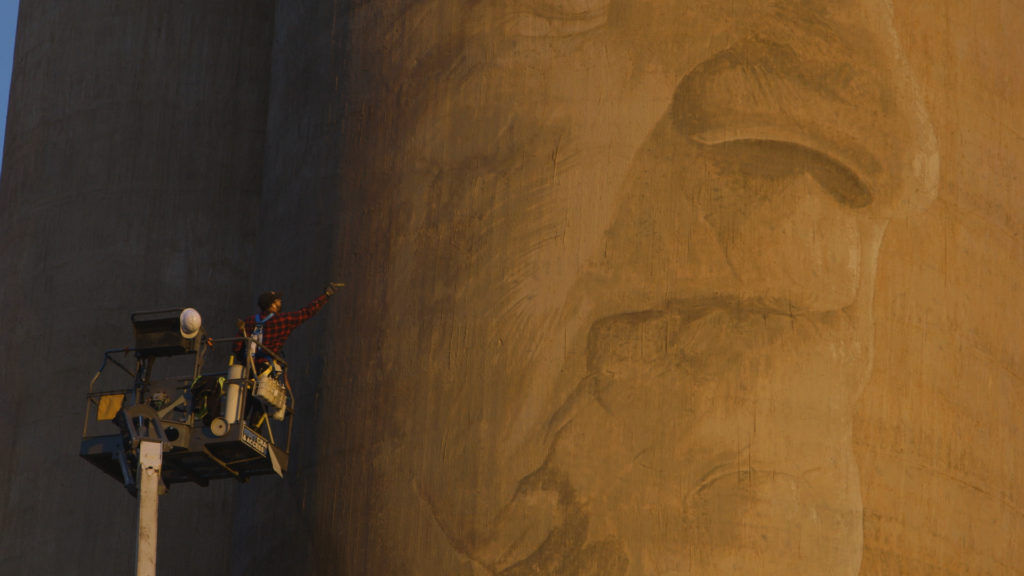 In order to capture the true essence of Lascelles, Melbourne-based artist, Rone knew that he had to learn about the town from those who were deeply connected to it. Here, he depicts local farming couple Geoff and Merrilyn Horman, part of a family that has lived and farmed in the area for four generations.

Rone says that he wanted the mural to portray his subjects as wise and knowing, nurturing the town’s future with their vast farming experience and longstanding connection to the area.

In mid 2017 Rone worked for two weeks to transform the two 1939-built GrainCorp silos. He went to great lengths to paint in the silo’s existing raw concrete tones to produce a work that would integrate sensitively into its environment. Utilising this muted monochrome palette, he added water to his paint as a blending tool to produce a ghostly, transparent effect – a signature of his distinctive painting style.

Born in Geelong, Victoria, Rone studied graphic art in Melbourne but fell deeply in love with the art that he saw on the streets. While his early work involved small stencils and posters, he later graduated to freehand painting and large-scale mural work.

A seminal figure in Australia’s early street art scene, Rone is perhaps best known for his large-scale “Jane Doe” portraits, which feature beautiful young women painted onto old, decaying backgrounds. This interplay between beauty and decay is a key theme throughout his work; emphasising the fleeting nature of beauty and encouraging audiences to appreciate it while it lasts. 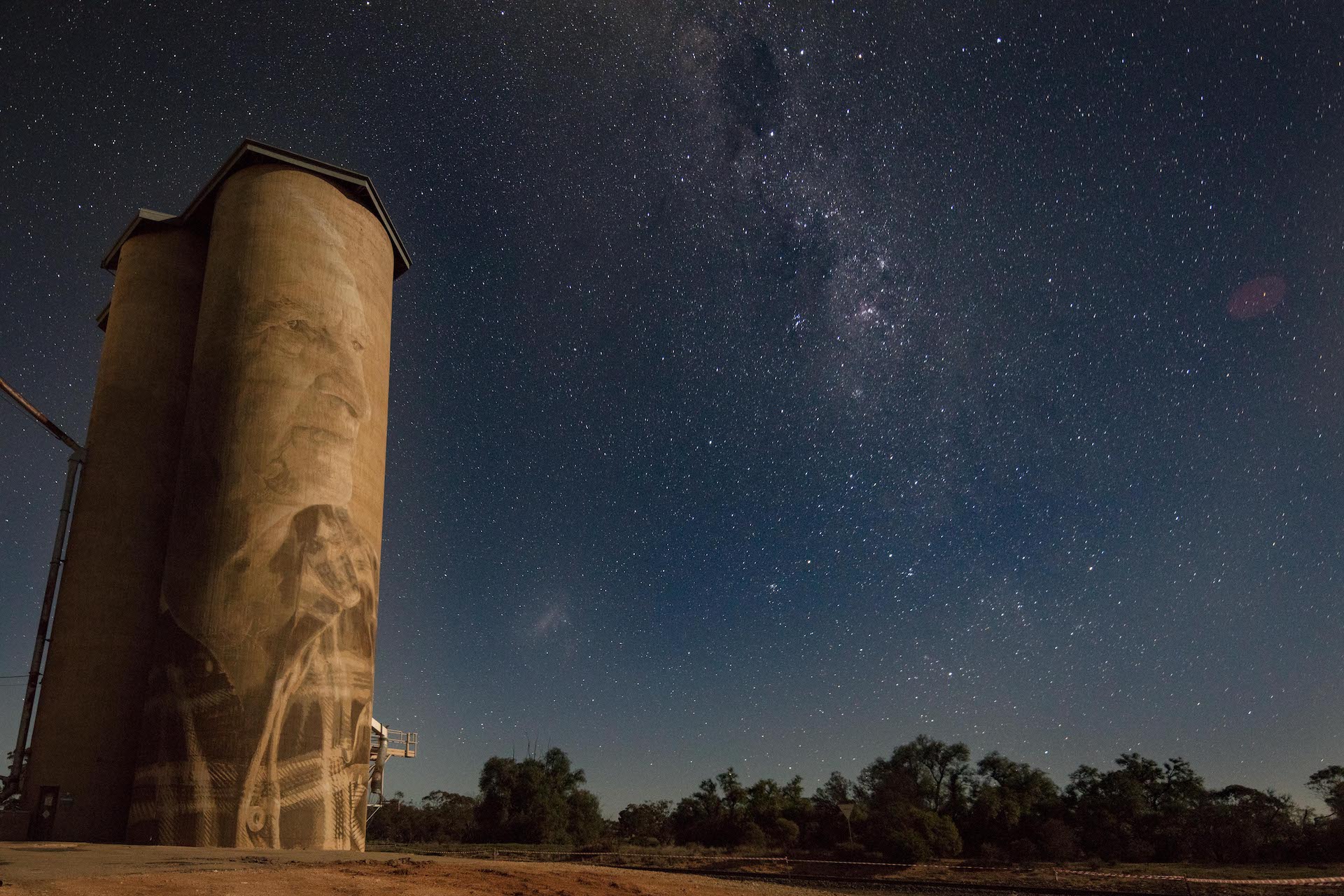 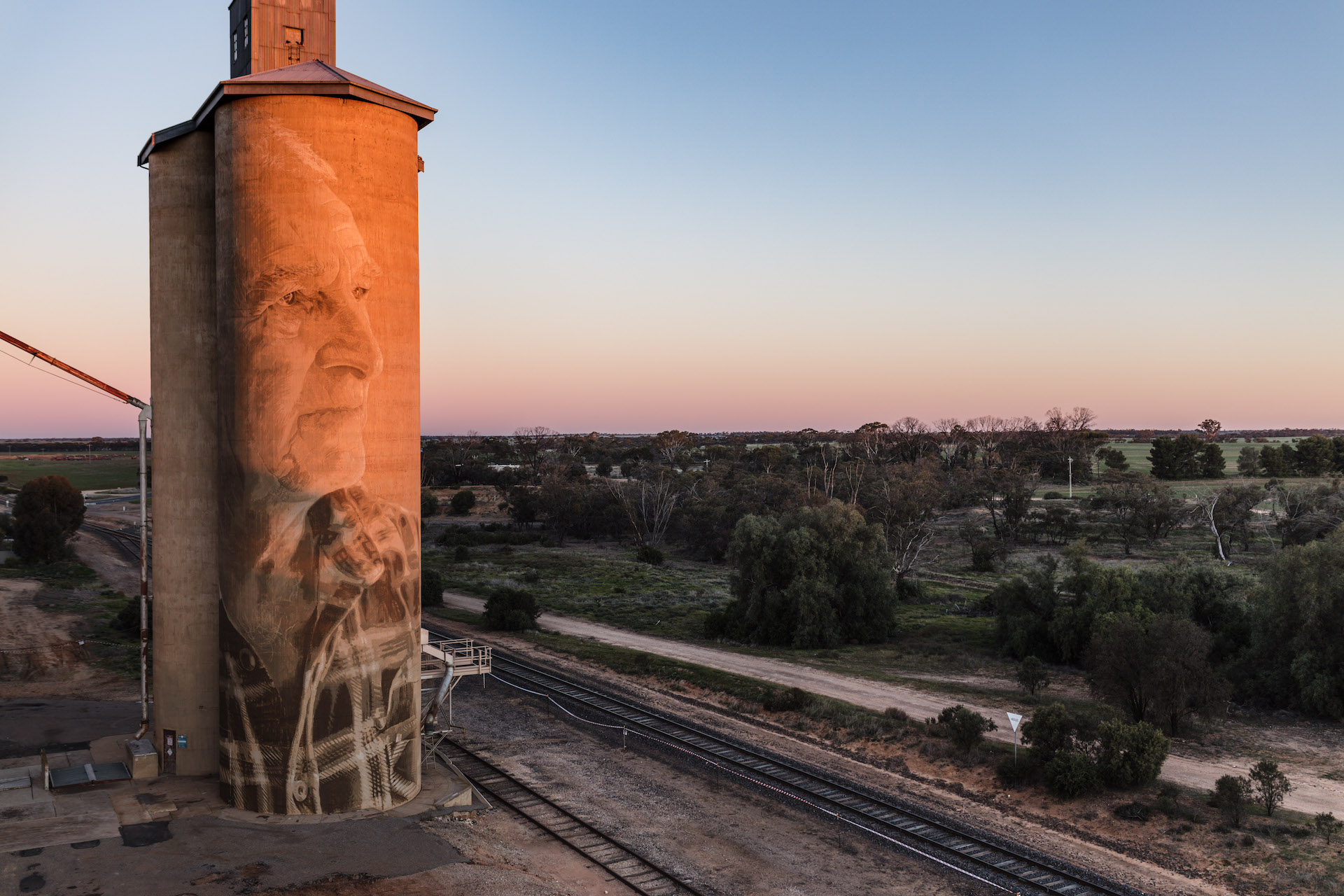 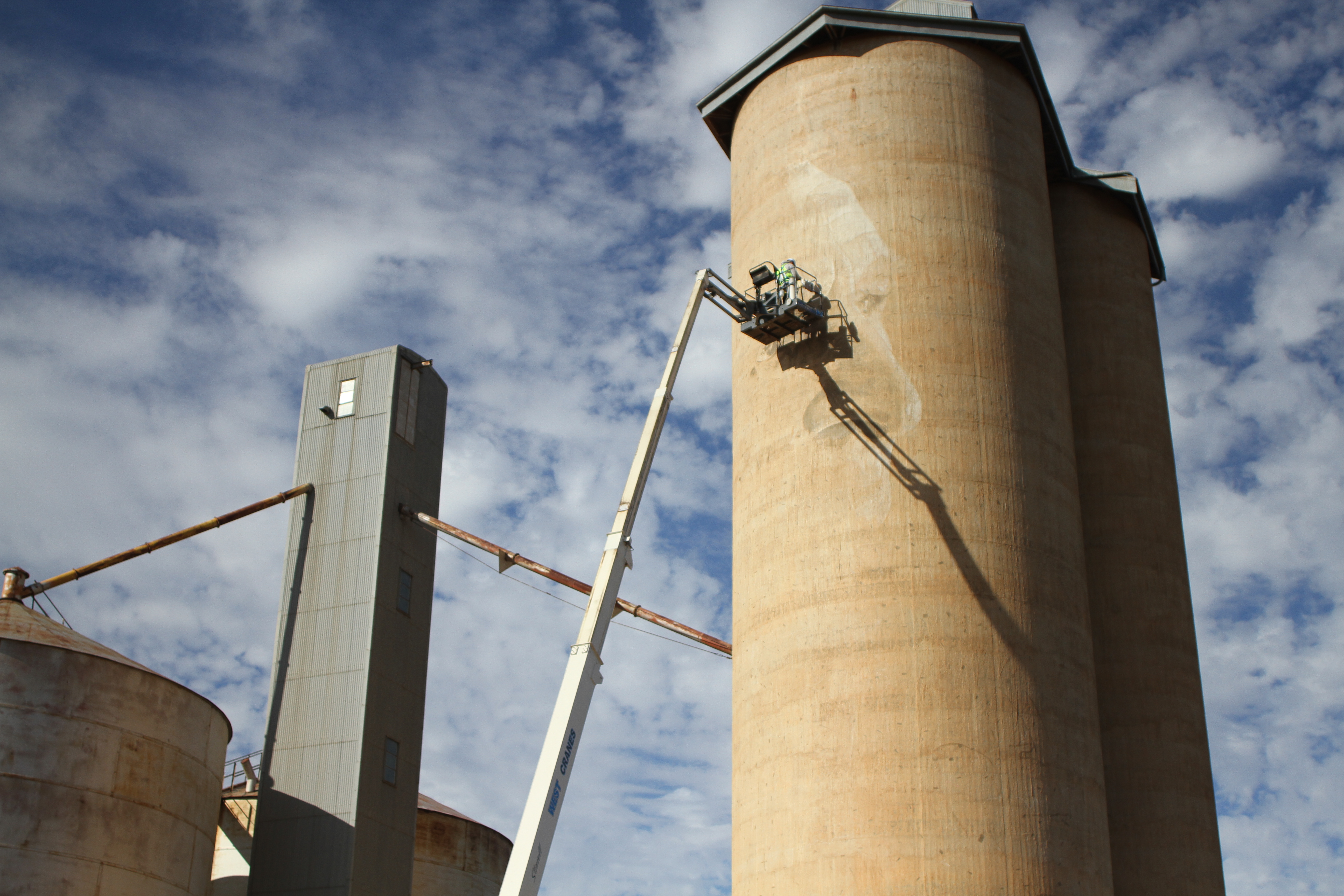 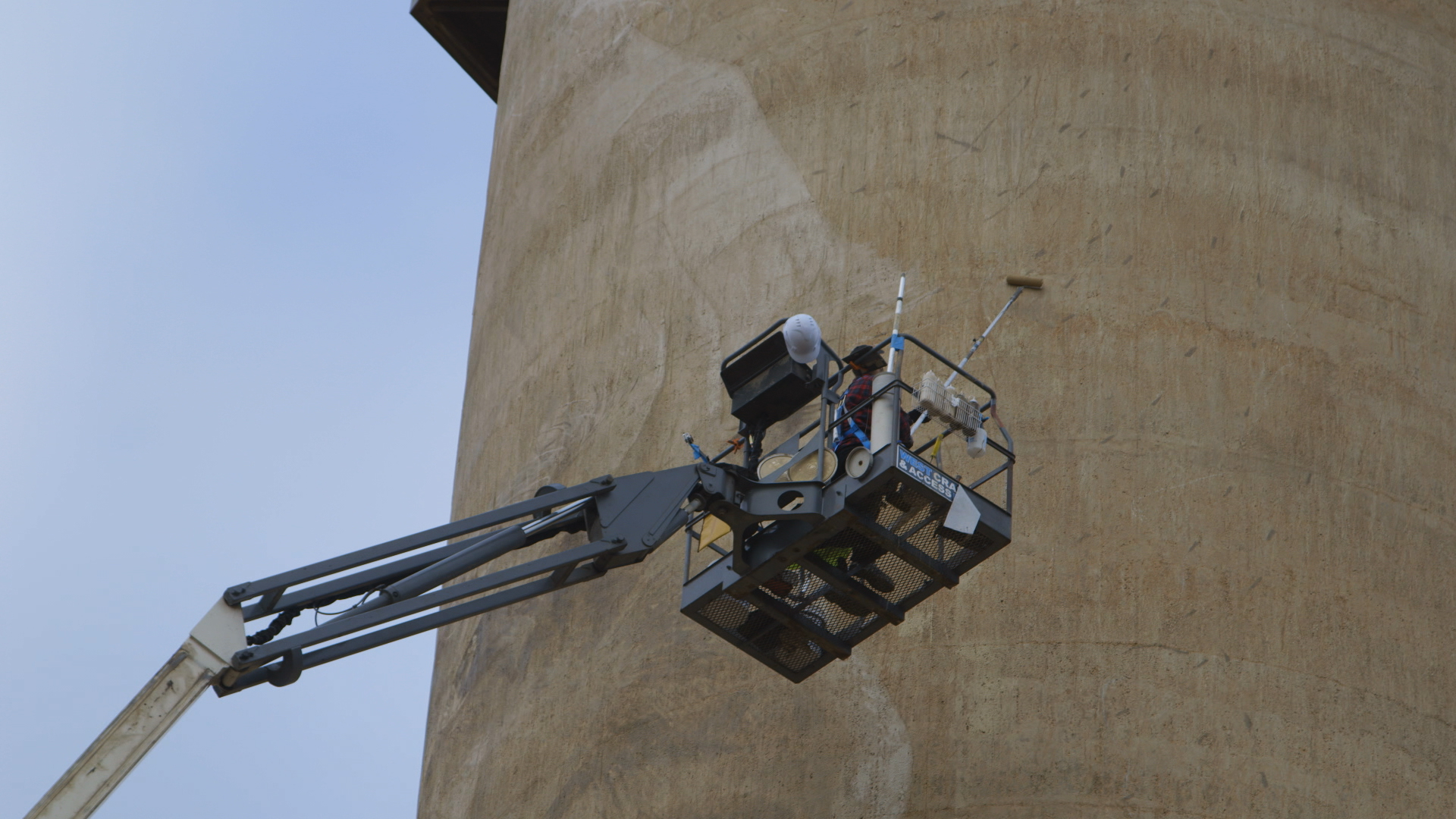 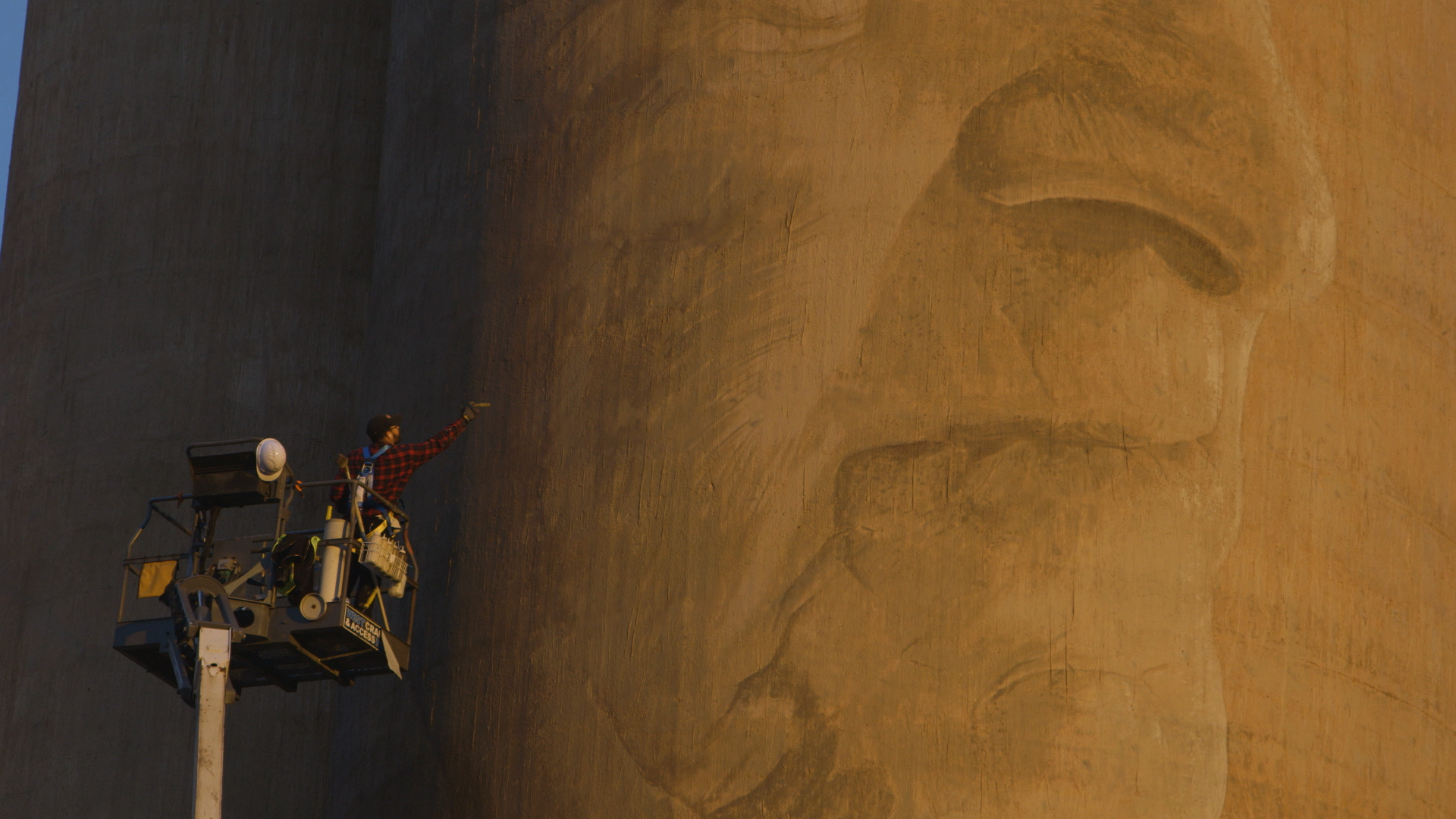