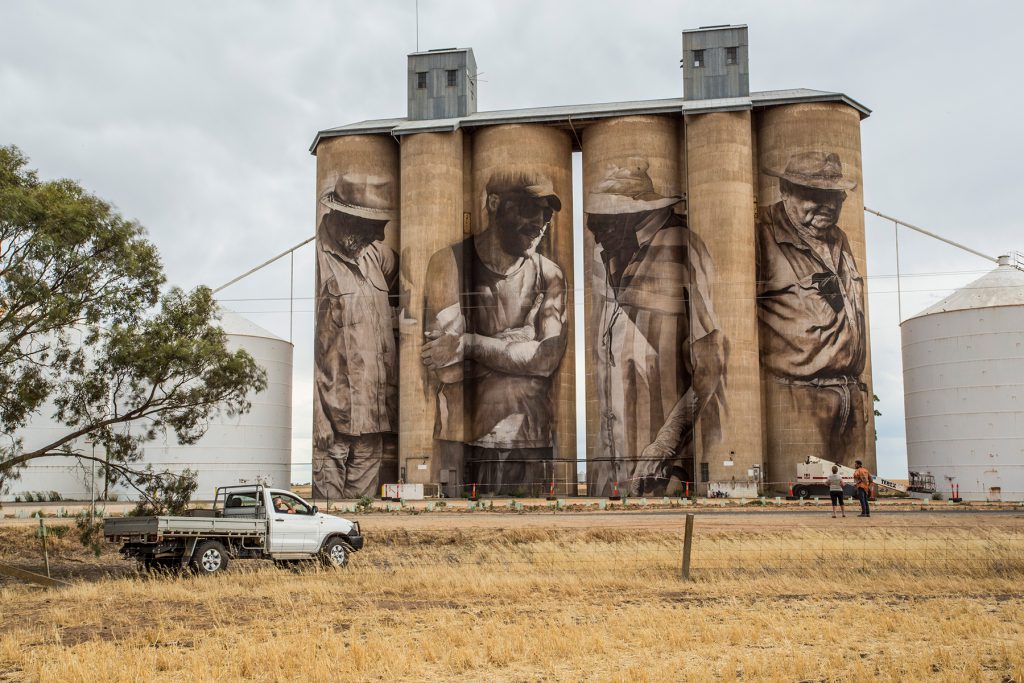 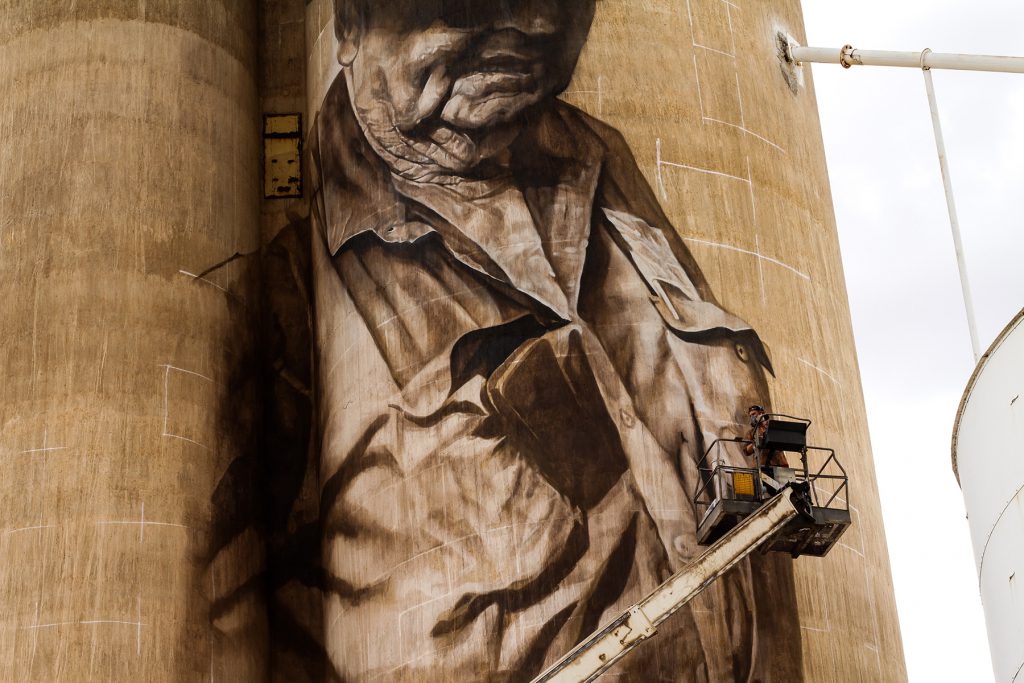 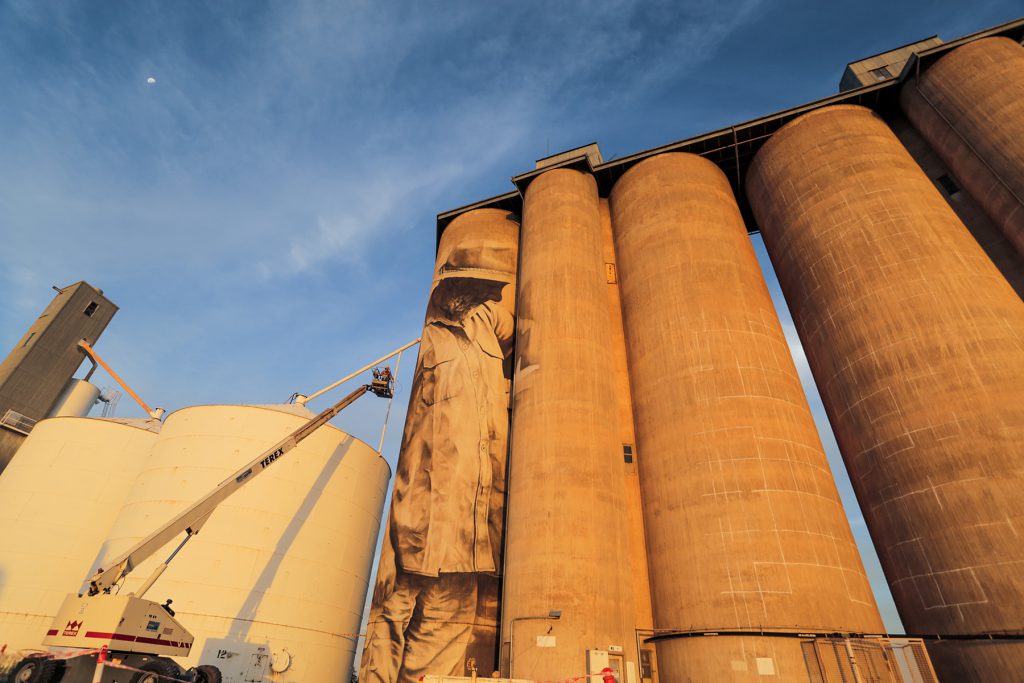 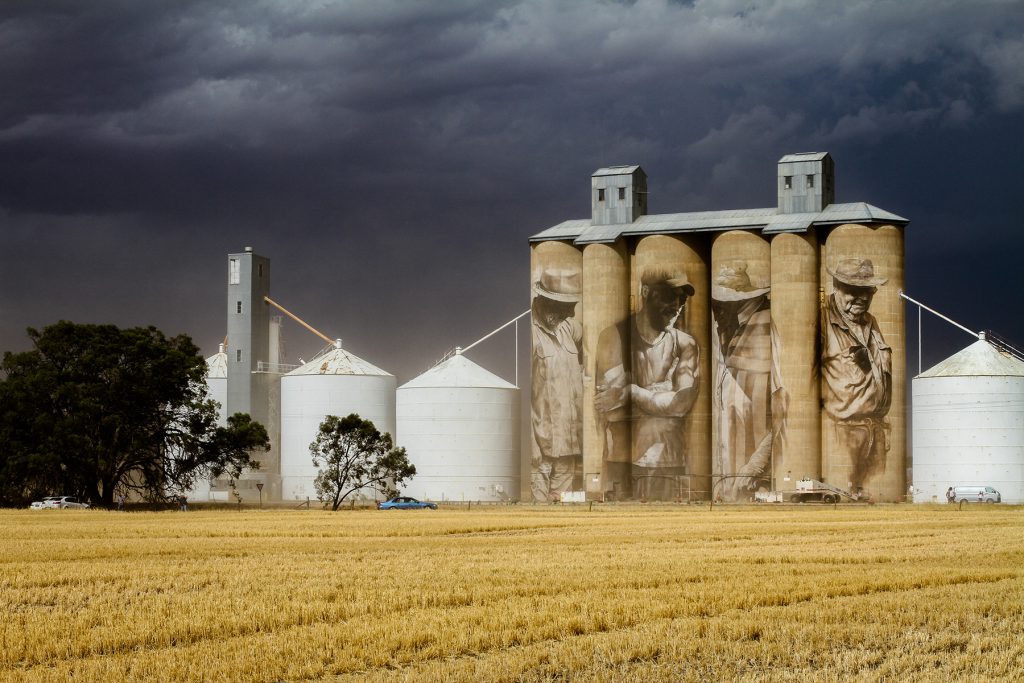 Guido van Helten’s iconic Brim mural was the first silo artwork to appear in Victoria, and soon infused the town’s community with newfound energy and optimism. After gaining widespread local and international attention, Brim’s silo art success shone a spotlight on the Wimmera Mallee region and inspired the establishment of the Silo Art Trail.

By rendering the figures as both central and peripheral, present and absent, the work explores shifting notions of community identity at a time when rural populations face both immense economic pressure and the tangible consequences of climate change.

Using the documentary style of humanist street photography as studies, the translucent aerosol technique conjures a sense of ghostliness. The resulting characters are profoundly connected to their chosen place, infusing the landscape with a comforting, familiar presence.

Guido van Helten was born in Canberra, ACT and grew up in inner-city Melbourne. After graduating from Southern Cross University, Melbourne with a Bachelor of Visual Arts (majoring in printmaking), van Helten began to develop his work, aligning with the contemporary large-scale muralism movement that was gathering momentum at the time.

Celebrating everyday characters in forgotten places, van Helten’s monochromatic, photorealistic style offers an intimate glimpse into the lives of others. His large-scale murals tell stories of culture, history and identity in an effort to capture the soul of people and place.

In 2016, Van Helten was nominated for the Sir John Sulman Prize at the Art Gallery of NSW for his work in Brim.

Eat in Brim
Stay in Brim 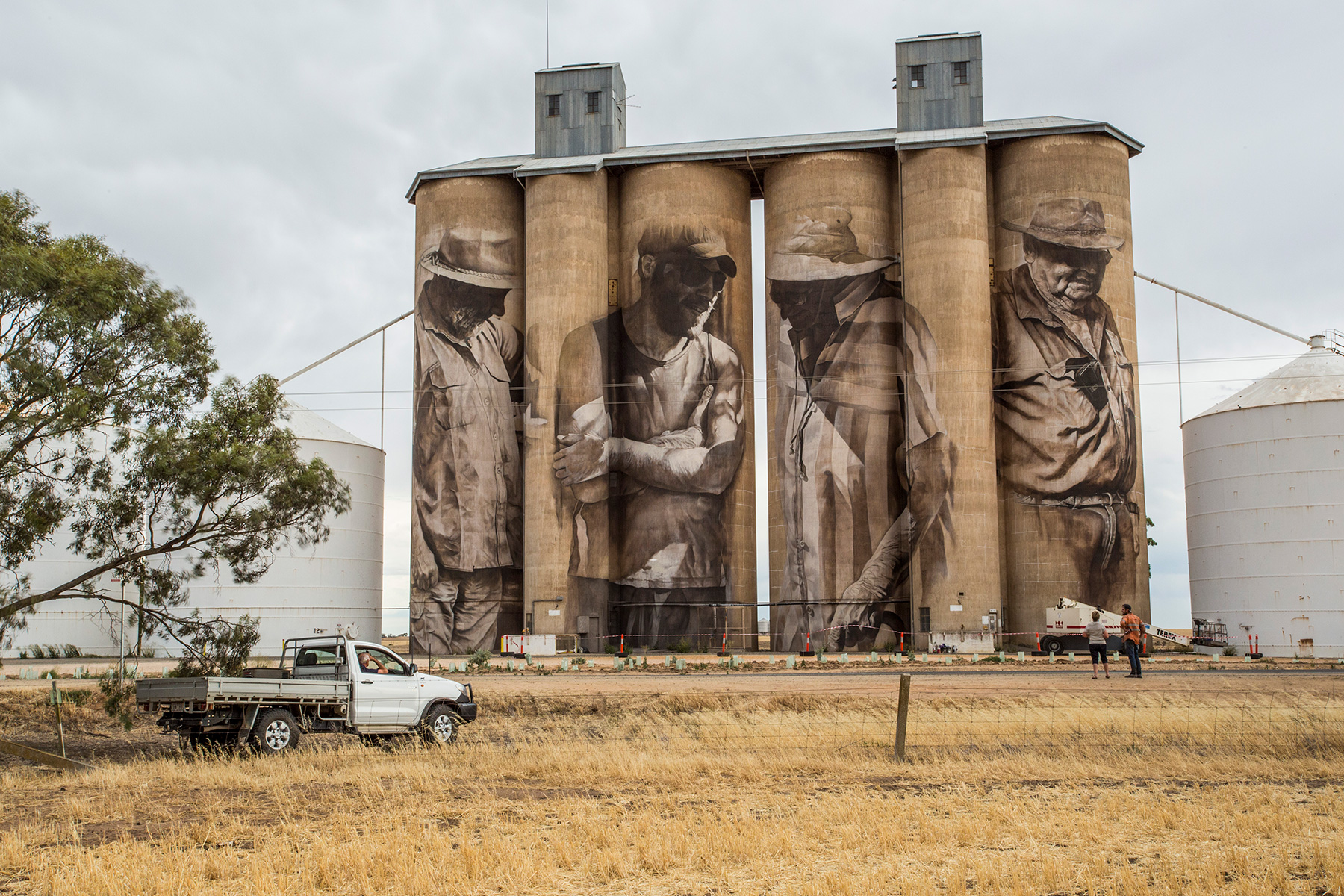 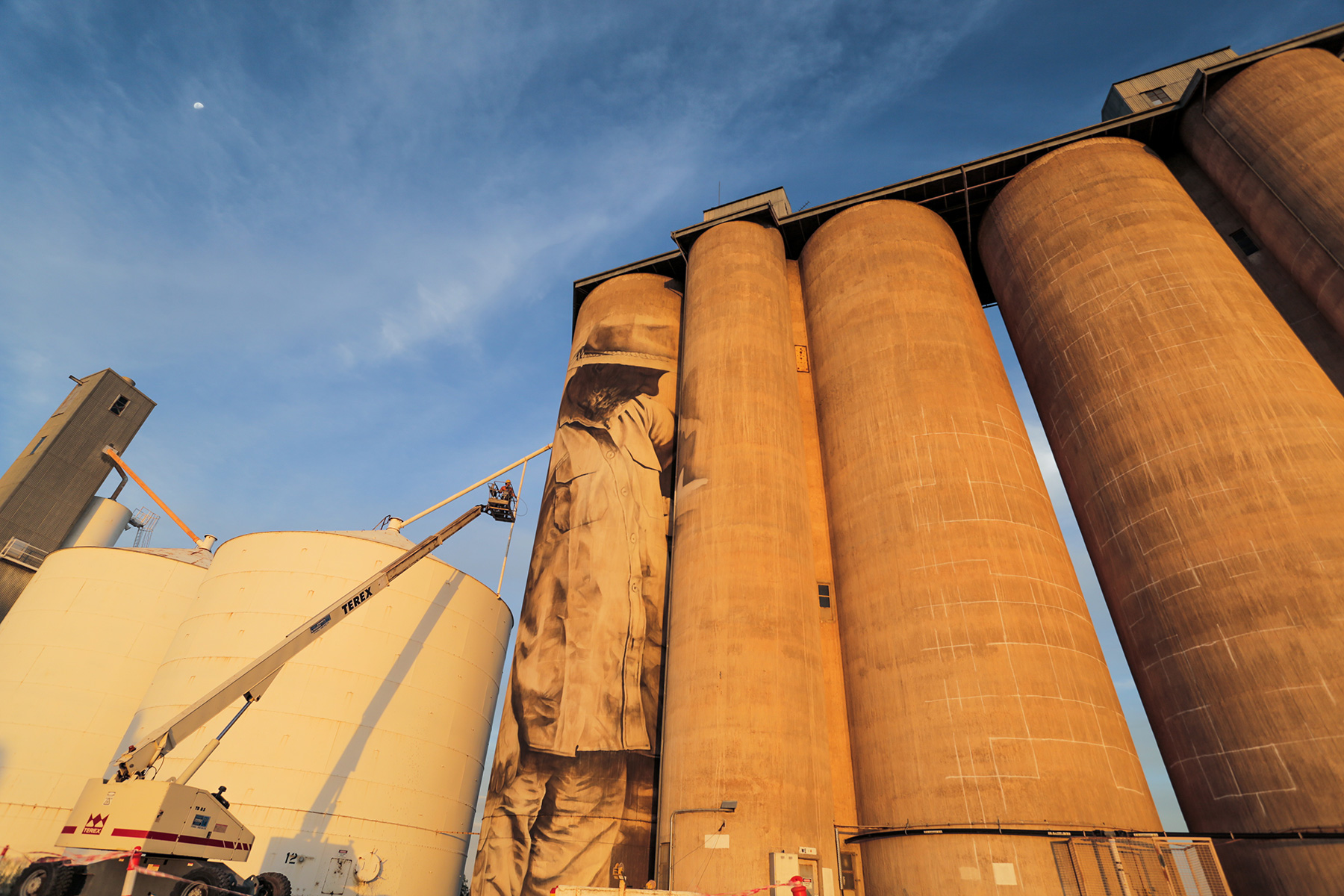